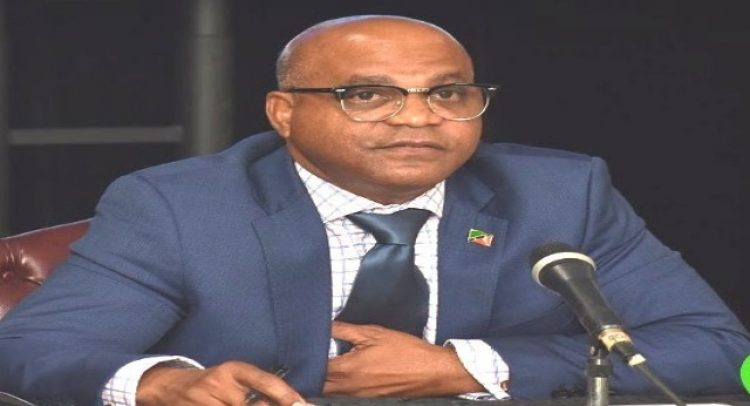 Grant apologizes for recent altercation but maintains his innocence

Basseterre, 7th March, 2022, (MyVue News.com)- The Minister of Tourism in St. Kitts & Nevis, Lindsay Grant has issued a call to police authorities to either charge him or exonerate him, over a matter in which a police officer claimed that the minister committed Battery and Assault against her, some two months ago.

Grant made the claim on Saturday, 5th March, 2022, in a radio address aired on local radio and a video shared via social media.

“About two months ago, I was involved in an exchange of words with members of the Royal St Christopher and Nevis Police Force. The exchange was videotaped by one of the very officers involved and sent viral across the internet,” said Grant.

The incident occurred at a local bar known as Last Lap, which is owned by the family of the Minister and is in the Bird Rock area of the capital city, Basseterre.

Grant explained that since then, there has been much discussion on this incident in the public domain.

But to date, no one has brought charges against Grant.

However, both the Commissioner of Police and the Director of Public Prosecution publicly disagreed over who should bring the charges.

The Commissioner claimed that he has sent the file to the office of the DPP for his actions to prosecute but the DPP explained in a media release that it is the Police who has the authority to present the charges.

In any case, Grant, who appeared to have had enough of the long wait, issued a challenge, “calling on the authorities, either to charge me and allow me to have my day in Court or to exonerate me.”

There has been no response from either the police or the office of the DPP.

“I wish to make it clear that I am confident that I committed no breach of the law and I, and my many witnesses, stand ready and willing to defend myself, if and when any formal charges are leveled against me,” said Grant.

Grant said he has waited for 2 long months, to allow the legal process to take its course, and to date, “I am not aware of what is happening.”

“However, I accept that the exchange with the police officers during the incident was unfortunate. I accept that I am to be held, and quite properly so, to a higher standard of behaviour than others, due to my position. I accept that my constituents and the people of my beloved country expect only the best behaviour privately and publicly, from their elected representatives,” said the Member of Parliament for Constituency Number Six in St. Kitts.

Never mind the delay in charges being made and his assurances of innocence, Grant was still remorseful and said, “While I have waited for two months, and while I am ready, willing, and able to defend myself, I believe that the incident should never have happened and for that, I apologize publicly and unreservedly.”

Unvaccinated citizens returning can quarantine at home, no security