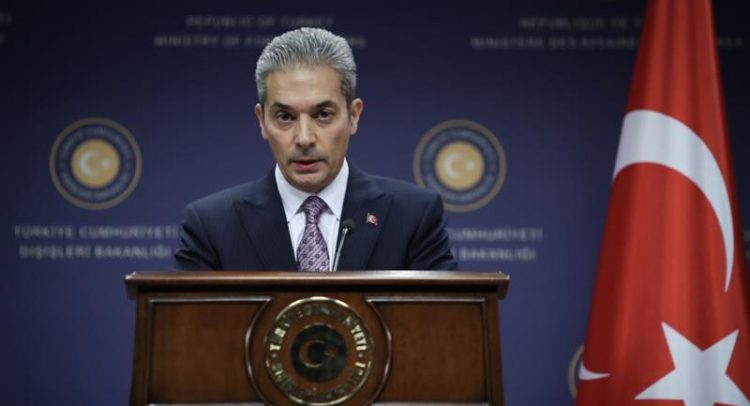 Turkey has warned that attacks on its interests in Libya by renegade military commander Khalifa Haftar’s forces will have “grave consequences” after advances by the country’s Turkish-backed government.

Ankara has provided military support to the internationally recognised Government of National Accord (GNA) in Libya, which has been battling to fend off a year-long offensive by Haftar’s forces to take control of the capital Tripoli.

Turkish Foreign Ministry spokesman Hami Aksoy on Thursday said Haftar’s Libyan National Army (LNA) had received warplanes with “foreign support” and that they had vowed to target Turkish positions in Libya with an air campaign.

“In the event Turkish interests in Libya are targeted, this will have very grave consequences,” Aksoy said on Thursday, adding that the LNA’s statements were “delusional”.

In what could be their most significant advance for nearly a year, the GNA took control of the al-Watiya airbase southwest of Tripoli on Monday.

Turkey’s state-run Anadolu Agency said the GNA carried out five air operations against forces loyal to Haftar in the past 24 hours.

A day earlier, the LNA announced it was withdrawing 2-3km (1-2 miles) to ease conditions for the Tripoli residents at the end of Ramadan, the Muslim holy month of fasting.

Turkey’s Defence Minister Hulusi Akar on Wednesday said “the balance in Libya changed significantly” as a result of Turkish training and advice.

Since 2014, Libya has been split between rival factions based in Tripoli and in the east, in a sometimes chaotic war that has drawn in outside powers and a flood of foreign arms and mercenaries.

Haftar’s LNA, backed by the United Arab Emirates, Egypt, and Russia, has been unable to make significant progress since early on in its campaign.

But it still controls eastern and southern Libya, including most of the country’s oil facilities, and the city of Sirte, at the centre of Libya’s Mediterranean coastline.

Turkey, which has had frayed ties with the UAE and Egypt for years, has accused Abu Dhabi of bringing chaos to the region through its interventions in Libya and Yemen, and has called on Russia to halt its support for Haftar.