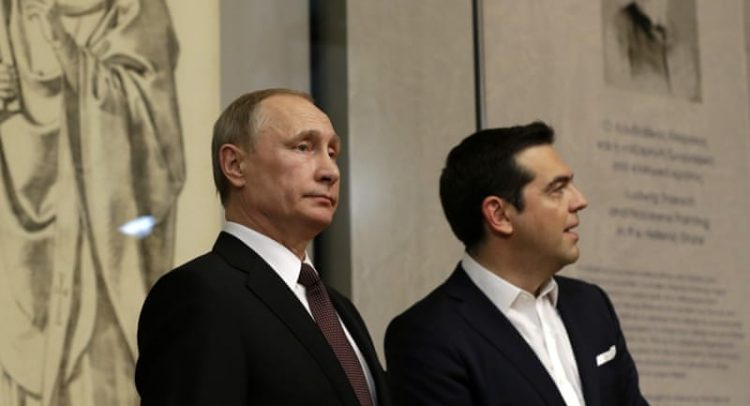 Greece has condemned Russia’s expulsion of its embassy workers in Moscow, the latest development in a diplomatic spat that has seen tit-for-tat measures from both countries. Russia’s move earlier this week was “arbitrary, retaliatory and not based on evidence”, the Greek foreign ministry said in a statement on Friday.

Moscow’s decision, in response to Greece’s expulsion of two Russian diplomats in July, was announced on Monday. At the time, Greece also banned two other Russian diplomats from entering the country. The fallout began after Greece accused the Russian diplomats of attempting to bribe officials and bankroll protests in Macedonia, which is currently engaged in efforts to resolve a decades-long name dispute with Athens.

Russia has denied the allegations and the country’s ambassador to Greece, Andrey Maslov, dismissed the original claims as “nonsense”. The Greek foreign ministry’s statement said that Greece took measures only after documenting tangible incriminating evidence.

“It is obvious that there are some Russians – fortunately few – who think they can operate in Greece without respecting laws and regulations, and even make threats.”

In recent months, Athens and Skopje spearheaded an effort to resolve the name crisis, which stems from Greece having a northern region also called “Macedonia”.

Since the former Yugoslav country gained its independence in 1991, it has been unable to join the European Union or NATO owing to the dispute.

Negotiations over the name deal, which resulted in the two countries signing an agreement that would see the Balkan country renamed to the Republic of Northern Macedonia, prompted protests in Greece and Macedonia. Analysts say Russia’s alleged attempts to derail the negotiations stem from Moscow’s opposition to the expansion of NATO in the region.

“Russia has been trying to create problems with the use of propaganda, fake news [and] support for far-right political parties in various European countries in an effort to weaken the unity of NATO and the EU,” Thanos Dokos, the director of the Athens-based Hellenic Foundation for European and Foreign Policy think-tank, told Al Jazeera.

“In combination with Greece’s strong geopolitical shift towards the US … the distance between Athens and Moscow will not close anytime soon.”

For its part, Russia maintains that the allegations are false, and the Russian foreign ministry said Greece was engaging in “dirty provocations” orchestrated by third-party countries.