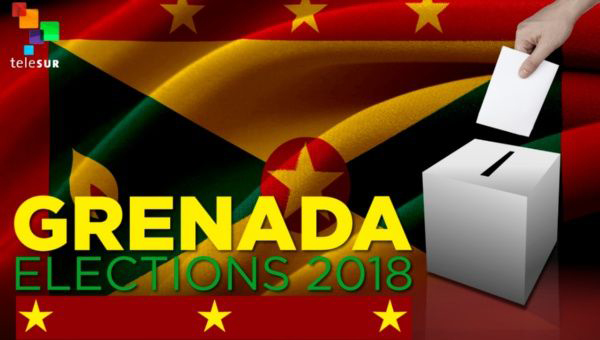 There are 45 candidates – from the two major parties, seven minor parties as well as two independent entrants – contesting the polls.

Grenadians head to the polls less than two months after current Prime Minister Dr. Keith Mitchell made the announcement or an election at a rally. The polls open at 6:00 a.m. and close at 5:00 p.m.

Approximately 45 candidates – from the two major parties, seven minor parties as well as two independent entrants – are set to contest the election to represent the six-parish country.

NNP had made a clean sweep of the seats in the February 2013 general election, in which 88 percent of the 62,148 registered voters – from among the Eastern Caribbean island’s roughly 107,000 people – participated.

The Caricom Election Observer Mission (CEOM), led by Chief of Mission Pauline Welsh, will observe the election day process. Welsh also serves as the director of legal affairs, development and research at the Electoral Office of Jamaica.

The members of CEOM hail from The Bahamas, Barbados, Guyana, Jamaica, Saint Lucia, St. Vincent and the Grenadines, Suriname, and Trinidad and Tobago.

Anderson retains vice-captaincy ahead of Stokes