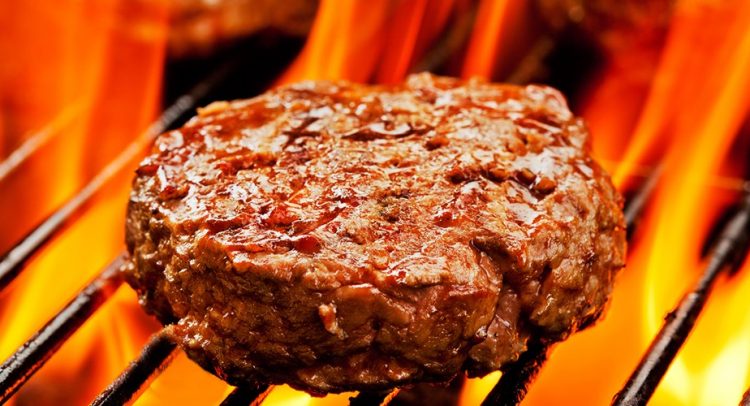 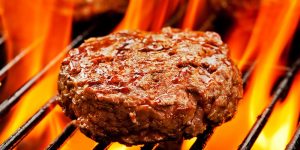 The findings may be of concern if you love grilling, barbecuing, broiling or roasting meat.

That tasty serving of grilled beef, chicken or fish may come with another unwelcome health concern.

Now, researchers say cooking red and white meat over an open-flame or at high temperatures — including grilling, barbecuing, broiling and roasting — might modestly increase a person’s risk of developing high blood pressure. The results were presented Wednesday at an American Heart Association meeting.

“Our findings imply that avoiding the use of open-flame and/or high-temperature cooking methods may help reduce hypertension risk among individuals who consume red meat, chicken or fish regularly,” Gang Liu, the study’s lead author and a research fellow at the Harvard T.H. Chan School of Public Health, told TODAY.

High blood pressure — which affects almost half of the U.S. adult population — is sometimes called the “silent killer” because it often has no symptoms and can lead to heart attacks and stroke.

WHAT YOU NEED TO KNOW:

Over the next 12 to 16 years, 37,123 of the participants developed high blood pressure.

Among those who reported eating at least two servings of red meat, chicken or fish a week, the risk of developing high blood pressure was 17 percent higher in people who grilled, broiled, or roasted the meat more than 15 times per month compared to people who used those high-temp cooking techniques less than four times a month.

The risk of developing high blood pressure was also 15 percent higher in people who preferred their food well done, compared to those who preferred rarer meats.

It’s not clear why that’s happening, but some studies suggest cooking meat at high-temperatures could lead certain chemicals to form, inducing oxidative stress, inflammation and insulin resistance in animals, and possibly leading to an elevated risk of developing high blood pressure, Liu said.

It also not clear whether this the same mechanism involved in the link between grilled meats and cancer, he added. There’s no conclusive evidence that grilled meats can cause cancer in humans. But processed meat, such as bacon or hot dogs, does cause cancer, and red meat probably does, too, a World Health Organization group announced in 2015.

The latest findings are a good reminder that moderation is key, especially if you’re a barbecue enthusiast, experts said.

“The people who had the highest risk were grilling 15 times a month — that’s every other day,” said Dr. Haitham Ahmed, director of cardiac rehabilitation at the Cleveland Clinic.

“For the average American, though, I think if you’re grilling a few times a week, that should be OK as long as you’re being cognizant of the rest of your diet and you’re avoiding the really, really high temperatures for prolonged periods of time.”

This one study is not definitive, but it’s “eye opening” and “very provocative,” added Dr. Seth Martin, a cardiologist at Johns Hopkins Medicine.

“To me, it is intuitive that if you grill things and have all the chemicals and the char on it, that could have effects on arteries and lead to higher blood pressure,” Martin said. “But I would worry about it becoming distracting from things that we know make a big difference… when it comes to high blood pressure like diet, exercise and weight loss.”

• If you love grilling, fine, but maybe just limit that to two or three times a week, Ahmed said.

• You don’t have to char your food when you’re grilling it: Consider turning it more frequently. As long as the temperature comes up and the meat is adequately cooked, you can stop there. If it’s charred, consider cutting those parts off so you don’t consume any harmful chemicals.

• Limit your red meat consumption: Excess red meat intake causes or may contribute to high blood pressure, particularly because of all the sodium that comes with it, Ahmed said.