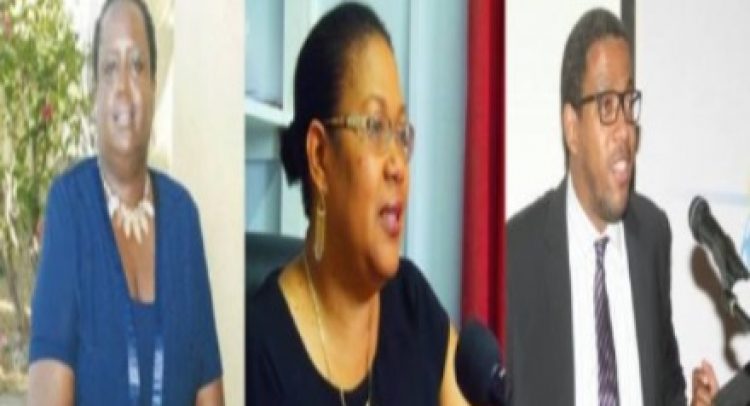 Controversy continues to brew over the assignment of a high court judge to preside over an election petitions matter filed by the United Workers Party (UWP) after the 2019 general election in Dominica.

Justice Bernie Stephenson was to have ruled on an application from the government to have the matter struck out but recused herself after Opposition leader, Lennox Linton and other members of the public questioned her impartiality as it pertains the Roosevelt Skerrit administration and called for her recusal.

A group of Dominican lawyers has written to Chief Justice, Janice Perreira, in response to a letter which Attorney General, Levi Peter, wrote to her, complaining that the recusal of Justice Bernie Stephenson in the case was the result of “surreptitious maneuvering” by the Opposition. In the letter, Peter also challenges the suitability of local judge, Justice Wynante Adrien-Roberts to preside over the elections petitions matter.

The lawyers have objected to the suggestion by Peters that Justice Adrien-Roberts would be unsuitable to preside because she “would be familiar with persons who are interested in these petitions and applications to strike”, a move they say, is not dissimilar in intent, from what he accused the opposition of doing in respect of Justice Stephenson.

“The mere fact that the local Judge was previously employed in the Public Service under the current government cannot, without more, sustain an objection to her presiding over election petitions,” the lawyers contend in their letter.

They insist that the public must not be driven to believe that the court can be manipulated by a sitting government.

“This perception would not only destroy public confidence in Justice Adrien-Roberts personally, but it would be harmful to the public in having fearlessly independent Judges who are not afraid to uphold the rule of law in the administration of public affairs,” the lawyers wrote.

The group accuses the Attorney General of by-passing the legal procedure for seeking the recusal of a Judge and attempting to intimidate the public by writing directly to the Chief Justice.

Meanwhile, two overseas-based Dominican attorneys, Earl Williams and Clement Joseph have also criticised Peter’s letter to the Chief Justice challenging Justice Adrien-Robert’s suitability to hear the case but they’ve gone further and questioned the assignment of Justice Professor Ventose, a former adviser to the Roosevelt Skerrit-led administration, to be the presiding judge.

Williams, a former UWP leader, insists that the government should in no way try to influence the administration of the court.

“They influenced the Chief Justice by sending a letter to her telling her that they did not want Justice Wynante Adrien-Roberts whereas this St. Kitts based judge, just recently worked in the attorney general’s office in Dominica and also represented the government in a judicial review matter,” Williams complained.

He said justice must not only be done but must be seen to be done and the government’s attempt to influence the Chief Justice is not right.

“Justice Eddy Ventose needs to recuse himself immediately in this matter. He has fallen in the same category as per the letter of AG. The judge hearing this matter should be in no way aligned to the government of Dominica,” Williams insisted.

Clement Joseph, who worked in the office of the Director of Public prosecutions (DPP) in Dominica and the Turks & Caicos Islands, cites what he describes as “a clear appearance of bias” which, according to him, the court says does not have to be actual.

“Once there is a likelihood of bias, the judicial officer should withdraw themselves,” Joseph asserts. “As recent as July 31, 2018, Dr. Ventose (Professor) was working for this very attorney general (Levi Peter) and July 31 has not reached yet, less than two years later you are coming to sit in judgment again.”

He continues, “That defies legal logic, it cannot stand and he needs to have the integrity to recuse himself or the other party, the petitioners, should write to the Chief Justice and follow the precedent set before by the attorney general,” he said.

The letter to the Chief Justice from the group of Dominican lawyers is posted below.

The battle is not over: Rising infections seen worldwide