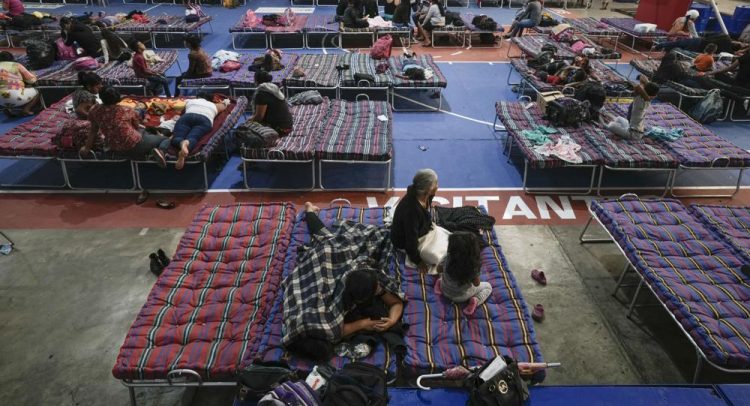 ESCUINTLA, Guatemala (AP) — About 500 residents evacuated voluntarily from the slopes of Guatemala’s Volcano of Fire Tuesday as red-hot rock and ash flowed down the slopes toward an area devastated by a deadly 2018 eruption.

The National Institute of Seismology, Vulcanology, Meteorology and Hydrology said in a statement that around 3 a.m. Tuesday the volcano’s activity began to diminish.

“The seismic and acoustic sensors confirm that the activity that persists in the crater are weak explosions and booms that still generate some avalanches principally toward the Ash and Dry ravines,” the institute said.

Guatemala’s disaster agency said shelters had been opened for the evacuees in the nearby town of Escuintla.

At one of those, a gym converted to a shelter in the community of Santa Lucia Cotzumalguapa, residents of surrounding communities rested on cots waiting to hear it was safe to return to their homes.

The biggest danger from the volcano are lahars, a mixture of ash, rock, mud and debris, that can bury entire towns.

People gather inside a gym set up as a shelter for those evacuating from the slopes of the Fuego volcano, which is showing increased activity, in Santa Lucia Cotzumalguapa, Guatemala, Tuesday, March 8, 2022. (AP Photo/Moises Castillo)