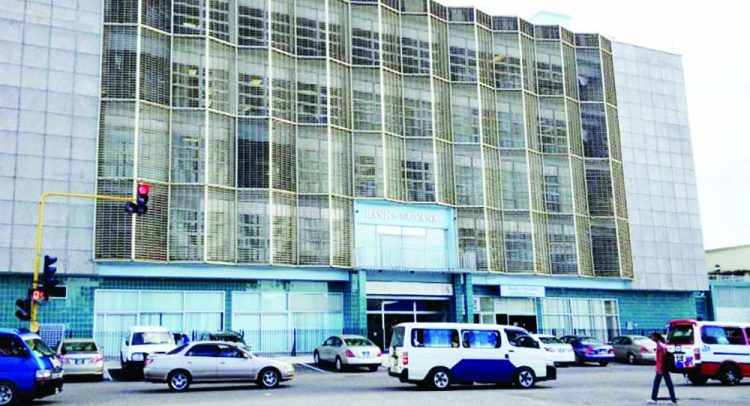 Guyana has US$1.79B in debt hanging over its head

With US$1.79 billion in debts hanging over Guyana’s head like the Sword of Damocles, the People’s Progressive Party (PPP) Government is keen to tackle the debt they inherited, through a comprehensive debt management strategy and laws that will control future borrowing.

This was explained by Public Works Minister Juan Edghill, when he presented the $329 billion budget last week. According to Edghill, Guyana registered total public debts of US$1.79 billion at the end of 2019. He explained that there were reductions in various categories making up this debt.

He cited a US$50.7 million debt reduction secured from Kuwait following the signing of a bilateral agreement in March 2019.

“The public debt to GDP ratio at end-2019 was 32.6 per cent, representing a 3.2 percentage-point reduction compared to end-2018. This ratio is expected to decline further over the short- to medium-term, in view of Guyana’s robust economic growth projections.”

Debt servicing
It was also announced that debt servicing payments for 2019 came up to US$84.4 million, which was lower than the 2018 figure of US$85.4 million. Lower interest costs on domestic Treasury Bills was cited as the reason behind the decrease.

“In 2019, 6.8 per cent of Government revenues went towards external public debt service, a 0.6 percentage point decrease compared to 7.4 per cent in 2018. This decline was primarily attributable to an 11 per cent increase in Government revenues. Work is ongoing to ensure the consistent treatment of T-bills issued for fiscal purposes,” Edghill noted.

The Minister noted that going forward, the Government will seek to transform the work programme and enact a Public Debt Management Bill, which would seek to control future borrowing and ensure it is sustainable.

“Enactment of this bill would promote transparency, accountability and sustainability by enshrining and reinforcing key elements of sound debt management.

These elements include the authority to borrow and debt ceilings; the establishment of clear debt management objectives; the mandatory formulation and implementation of a Medium-Term Debt Management Strategy and an Annual Borrowing Plan, among others.”

Prior to the PPP taking office in August, it had been revealed that the former A Partnership for National Unity/Alliance For Change (APNU/AFC) Government had left the General Reserves with a balance of $0.

In fact, the account was left with an overdraft to the tune of hundreds of billions of dollars.

This situation was illustrated in the Bank of Guyana’s statement of Assets and Liabilities, published in the May 23 Official Gazette, revealing that the General Reserve was -$290,667,332.

Questions had been raised about how the PPP Government would source the money for an almost $330 billion budget, considering the fact that the country has been in a prolonged political standoff since 2018, after the passage of a No-Confidence Motion against the former Government.

In addition, the last time a budget was passed was in November 2018. But Vice President Bharrat Jagdeo had revealed recently that the monies comprise funds the Government borrowed, as well as rollover sums.

Main photo: The Bank of Guyana

TikTok owner picks Oracle over Microsoft as US tech partner

Djokovic says he learned a ‘big lesson’ from US Open default