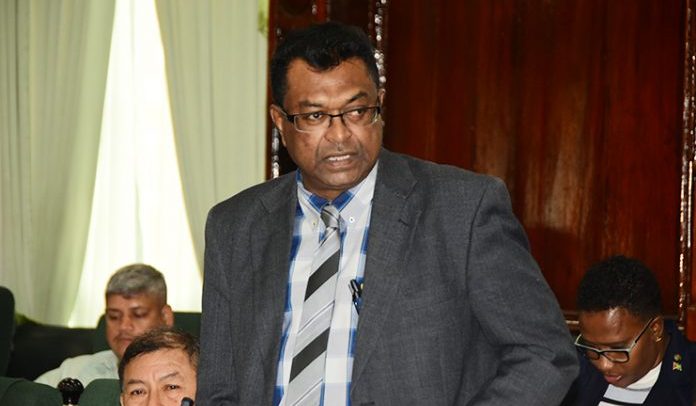 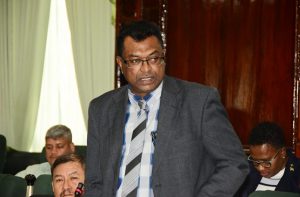 LAW enforcement agencies are cutting into the profits of the drug trade by tackling money laundering offences and seizing motorcars.

This is according to Public Security Minister Khemraj Ramjattan when he responded to questions posed to him by the Opposition in the National Assembly on Thursday. In addressing questions by shadow Public Security Minister, Clement Rohee, about the drug trade, Minister Ramjattan said farmers in Colombia have increased their production of coco in the countr, resulting in the flooding of the underground market with drugs.

Ramjattan said certain law enforcement agencies now benefit from satellite surveillance in Guyana “when planes are going to land, we have managed through this assistance to so far intercept three planes through the international cooperation from the DEA.”

He explained that CANU has conducted operations in which Colombians were arrested and Interpol has assisted in increasing the hardship of drug dealers, especially because of the integration of law enforcement units.

Adding that for 2018, there were nine money laundering cases handed over to the Special Organised Crime Unit (SOCU) along with eight referrals from Customs Anti-Narcotics Unit (CANU). About money laundering, Ramjattan said the challenges to the cases are with the production of bank books information which is not provided for in the law.

The Public Security Minister said that China, the UK and the US have assisted Guyana greatly in many tangible ways and there is currently a large strategy document being compiled. Rohee related that “buckets of rounds are coming through the border” and how does the government intend to deal with the amount of illegal arms and ammunition.

Minister Ramjattan responded by stating that Minister Rohee should submit the information to the law enforcement agencies to assist with the apprehension of those guilty of committing such acts.