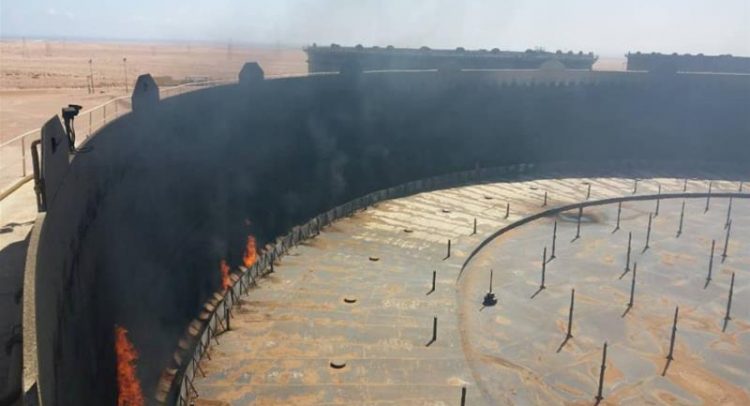 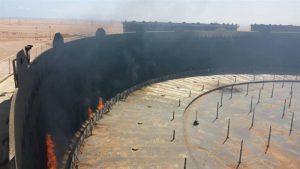 Fighters loyal to renegade general Khalifa Haftar claim they have recaptured several important oil installations in eastern Libya after days of fighting led to a sharp drop in oil output.

The Ras Lanuf and Sidra oil terminals, located in the country’s northeastern oil crescent, came under attack last week when an armed group opposing Haftar attempted to make a dent in the main income source for Haftar’s forces.

However, according to Al Jazeera’s Mahmoud Abdelwahed, Haftar’s claims have been disputed.

“All the local media and television channels allied with Haftar have announced that the two oil terminals are under control of Haftar’s forces,” Abdelwahed said from Tripoli.

“But on the other hand the opposing forces have strongly denied that and said they still control both terminals,” he said.

“What we do understand is that the area between the Ras Lanuf and Sidra oil terminals is still experiencing heavy fighting between the two forces.”

Haftar’s self-styled Libyan National Army (LNA) subsequently launched an offensive to push the rebels out of the area, with the violence causing “catastrophic damage”, according to the state oil company.

The LNA’s air force on Sunday also told residents in the oil crescent to stay away from “areas where the enemy gathers, munition stores and sites with military vehicles”.

The LNA controls most of eastern Libya and is opposed to an internationally recognised government based in Tripoli, which has itself condemned Thursday’s attacks.

Ibrahim Jadhran, who heads the Petroleum Facilities Guard, said in a video last week that he had formed an alliance to retake oil terminals seized by Haftar’s forces in September 2016.

Jadhran controlled the terminals for years following the 2011 overthrow and killing of long-time Libyan ruler Muammar Gaddafi, but were eventually forced out by the LNA.

The National Oil Corporation (NOC) on Saturday said a storage tank had been “significantly damaged” due to the armed incursions into Ras Lanuf and Sidra.

Mustafa Sanalla, head of the NOC, said the clashes “will ultimately result in the loss of hundreds of millions of dollars in construction costs, and billions in lost sales opportunities”.

Sanalla warned that if oil exports from these terminals remain at a standstill it could cause a “national disaster”.

“Those that seek to disrupt NOC operations and sequester facilities for their own gain should be seen for what they are – criminals,” Sanalla said.

“Libyan natural resources and oil and gas revenues must be a catalyst for reconstruction and national prosperity, not conflict,” he added.

Libya’s economy relies heavily on oil, with production at 1.6 million barrels a day during Gaddafi’s time.

The 2011 uprising against Gaddafi saw production fall to about 20 percent of that level, before recovering to over one million barrels a day by the end of 2017.