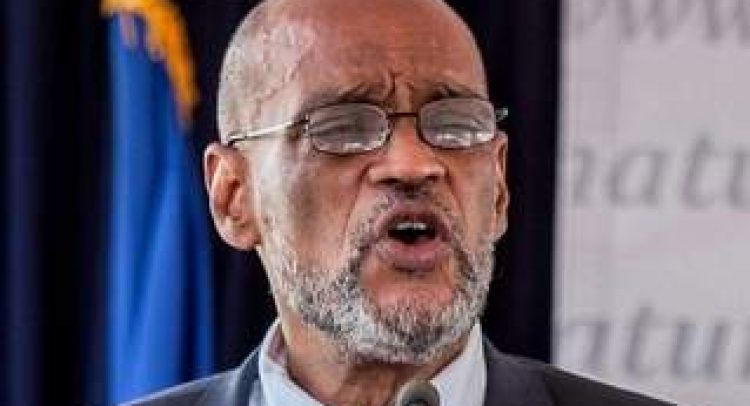 PORT AU PRINCE, Haiti (CMC) – Haiti’s Prime Minister Dr Ariel Henry says no one will be allowed to meet in a hotel or abroad to decide in small committees who will be the next President or Prime Minister of Haiti.

In a nationwide radio and television broadcast on Monday night that coincided with the seven month anniversary of the assassination of President Jovenel Moise at his private residence on July 7 last year, Henry said “the situation of the country is too serious to play musical chairs at the head of the State.”

The address also highlighted the political uncertainty in the country with opposition parties saying that Moise’s mandate as head of state had officially ended on Monday and renewed calls for the election of a new head of state.

President of the Upper House Senator Joseph Lambert in a broadcast to the nation also on Monday, accused PM Henry of seeking to seize power in the country.

“On the fringes of all legality, the reality of power is seized by the Prime Minister who has not managed to exercise it. It’s been seven months since Dr Ariel Henry is unable to say what his mandate consists of,” Lambert said, adding that the country is unable to act on insecurity and therefore, unable to prepare and organise elections.

He said faced with the accelerated deterioration of political life in Haiti, the de facto government no longer has much to say about the problems affecting the country as the socio-economic and political situation worsens.

“Consultation and consensus are essential for the actors who, in a burst of lucidity, must understand that any sectarian initiative is doomed to failure which will lead to the collapse of the country.

“The compromise, this time, must prevail over the repeated pettiness which has already given the results that the Haitian people are undergoing,” Lambert said, as he announced a meeting of stakeholders at the end of this week as a “consensus congress”.

He told Haitians that the congress will bring together various stakeholders including representatives of the judiciary, those engaged in arriving at various agreements with a view to a consensual solution to the crisis and that Prime Minister Henry will be officially invited to attend.

In his broadcast, Prime Minister Henry, flanked by several government ministers, said regarding the elections “we are moving forward with those who want to solve the problem of insecurity, set up a credible CEP, organise a popular consultation to validate the new Constitution.

“We organise good elections so that we can quickly hand over the leadership of the country to the Haitian people who have the right to choose freely at all levels. We will make public the timetable that will lead us to the establishment of our democratic institutions. I invite all Haitians of goodwill to unite to make this project a success.”

Henry said he was also pleased that despite security fears, Monday passed off peacefully.

Retired pope asks pardon for abuse, but admits no wrongdoing