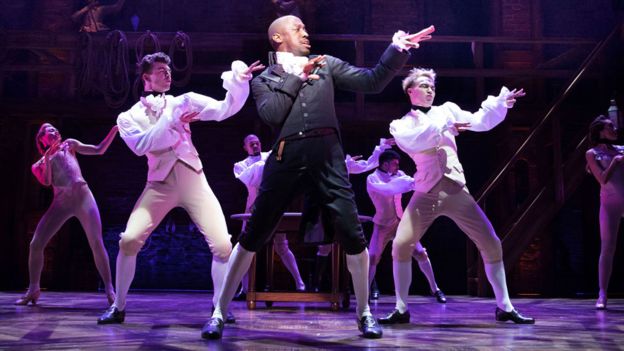 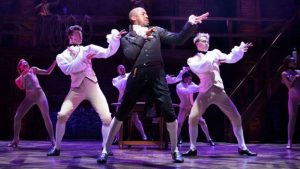 The West End show received two more nominations than the 11 Hairspray and Harry Potter and the Cursed Child received in 2008 and 2017 respectively.

Two of its nominations are in the best actor in a musical category, where Giles Terera and Jamael Westman are both recognised.

The Ferryman gets eight nominations, including one for best new play.

Catherine Tate will host this year’s awards, to be held at the Royal Albert Hall in London on 8 April.

Three of the show’s Olivier nominations come in the same category – best supporting actor in a musical – meaning that the most awards it can actually win is 10.

These include two nods in the best actress in a musical category, where Imelda Staunton and Janie Dee go head to head.

Four-time Olivier winner Staunton gets another nomination in the best actress category for her role in Who’s Afraid Of Virginia Woolf?.

Other big names in contention include Bryan Cranston and Andrew Garfield, up for best actor for Network and Angels in America respectively.

The other nominations go to Paddy Considine for Jez Butterworth’s The Ferryman and Sherlock’s Andrew Scott for playing Hamlet at the Almeida.

Other shows with multiple mentions include the Bob Dylan-inspired Girl from the North Country and the exuberant Everybody’s Talking About Jamie, which have five nominations a-piece.

Both are up for the best new musical award, as are Hamilton, An American in Paris and Mel Brooks’s Young Frankenstein.

Named after Laurence Olivier, the Oliviers were established in 1976 by the Society of London Theatre and are billed as Britain’s most prestigious stage honours.