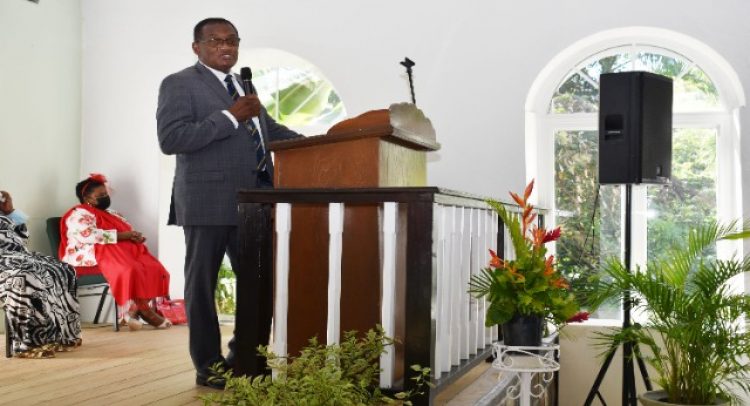 Hamilton says Social Security is most sound in Eastern Caribbean

Hamilton says Scial Security is most sound in Eastern Caribbean

The Minister who holds responsibility for the Social Security Board, Eugene Hamilton, revealed at a church service on Sunday, 30th January, that the institution has achieved a growth of EC$350 million over the past five years.

Hamilton also indicated that the present assets of the Social Security Board, are more than 1.7 Billion Dollars, making it the most sound in the OECS.

Approximately 26 major benefits are offered to the citizens of St. Kitts & Nevis and these include retirement benefits, maternity leave with pay, sickness benefits, survivors benefits.

Recognizing the benefits that are provided to contributors, (employees), Hamilton issued a call to both employers and employees, to ensure that the required deductions are being made from salaries and wages of employees and paid over to the Social Security Board, in a timely basis. He also encouraged all self-employed persons to register with Social Security.

Since the formation of Social Security in 1978, there has been a significant transformation that has facilitated various social protection services that benefit ordinary poor and working-class citizens.

He also recognized the contribution that Social Security has made to the overall development of the country.

In addition to the minister, the church service, which was held at the Bethesda Moravian Church in Cayon, was also attended by the Prime Minister, Dr. Tmothy Harris, members of the Board of Directors and staff.