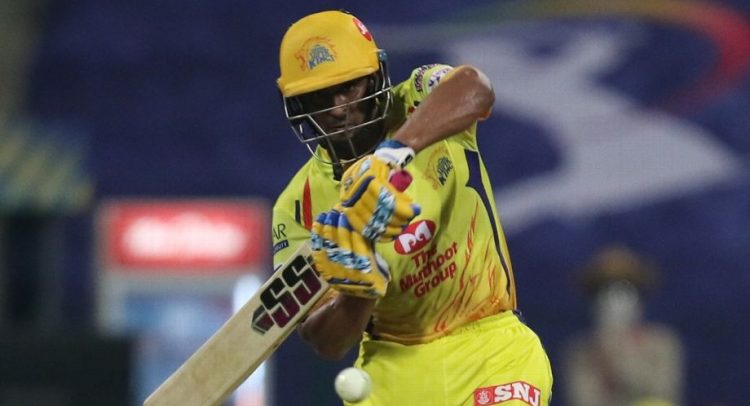 Ambati Rayudu has a minor hamstring niggle, which will likely keep him out of the Chennai Super Kings’ third match of IPL 2020, against the Delhi Capitals on Friday in Dubai. However, ESPNcricinfo understands that the Super Kings are optimistic about Rayudu and allrounder Dwayne Bravo, who has a knee injury, being available for their fourth match, which will be on October 2 in Dubai against the Sunrisers Hyderabad.

Rayudu, who was shunned by national selectors for the World Cup and subsequently retired from international cricket, announced his form and intent with a match-winning 71 in the tournament opener against the Mumbai Indians. However, he was absent from the Super Kings XI on Wednesday, in the defeat against the Rajasthan Royals. At the toss before the second game, the Super Kings captain MS Dhoni only said that Rayudu was “not 100%”.

It is understood that Rayudu picked a minor niggle in his right hamstring in the Mumbai match and has been rested as a precautionary measure for at least two matches.

As for Bravo, who arrived with a knee injury from the CPL, he has recovered sufficiently. However, the team management had already decided that Bravo would be available to play from the Super Kings’ fourth match, with Sam Curran performing the overseas allrounder’s job well for the moment.

The Super Kings are the only team to play three matches in the first week of the IPL, which shifted to the UAE as India grappled – and continues to deal – with the Covid-19 pandemic.

They have also been hit by a series of incidents since landing in Dubai on August 21. First up, 13 members of their contingent tested Covid-19 positive, including two players – Deepak Chahar and Ruturaj Gaikwad. While Chahar recovered soon after and has played both the team’s matches, Gaikwad played his first match on Wednesday as Rayudu’s replacement.

The Super Kings, the three-time winners who were runners-up in 2019, are also without two of their most senior Indian players in Suresh Raina and Harbhajan Singh, who both opted out for personal reasons.

Does the coronavirus spread easily among children?