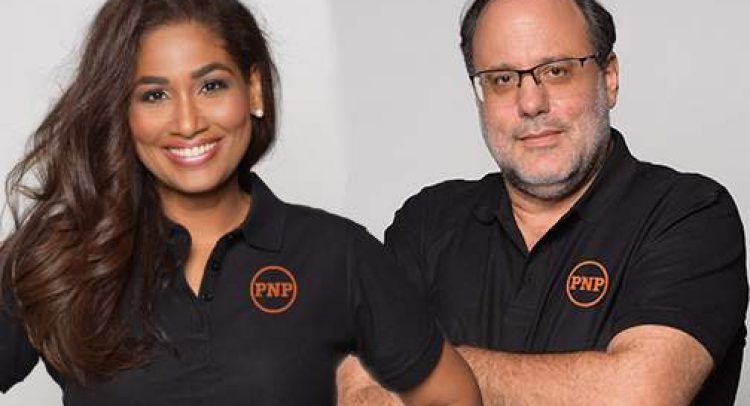 As expected, Lisa Hanna and Mark Golding, the two early front runners for the presidency of the Opposition People’s National Party (PNP), confirmed yesterday that they will be vying to succeed Dr Peter Phillips when internal elections are held November 7, 2020.

Party sources anticipate that the field could grow larger in the days leading up to the presidential elections, with possible contenders being Damion Crawford, Phillip Paulwell, Julian Robinson and Mikael Phillips, none of whom appeared willing to show their hands at yesterday’s National Executive Council (NEC) meeting at the Jamaica Conference Centre in downtown Kingston.

Newly appointed Senator Norman Horne, who signalled his intent to compete last week, is also expected to step into the contest during the announced nomination period of October 19 to 23.

Hanna has the definitive wind in her sail after two public opinion surveys — the Jamaica Observer-commissioned Bill Johnson polls and an internal PNP poll — put her comfortably in the lead, followed by Golding. The two were on different sides of last year’s leadership battle between Dr Phillips’s One PNP and Peter Bunting’s Rise United, which the former won in a close contest.

Ironically, Bunting, who was the presumptive leader, is out of the runnings, after losing his Manchester Central seat to Jamaica Labour Party (JLP) newcomer Rhoda Crawford on September 3.

The presidential contest has been set in motion by the resignation of Dr Phillips who took responsibility for the party’s 14-49 seat loss in the general election.

While Golding made it clear in days prior that he was ‘on his marks’ to contest the presidency, Hanna, the four-term Member of Parliament for St Ann South Eastern, only yesterday confirmed that she would challenge him.

“After careful consideration, prayer, and discussion with my family, constituents, and fellow comrades, I have decided to offer myself in service of the PNP as its president,” Hanna said. “I know the challenges ahead, but I am ready.”

The internal PNP poll conducted by Don Anderson, as well as the Bill Johnson poll among members of the public, showed her to be the favourite among prominent party members to take over the reins, by eight points and 10 points ahead of Golding in the respective surveys.

Golding, who is the Member of Parliament for St Andrew Southern, in a release, told the party that it was time to rebuild with unity and respect, and that all is not lost.

“We have evidence that through organisation, resumption of our historic mission and proper preparation; our supporters and the nation, by extension, will once again recognise that the PNP is the people’s party and the only hope to lead Jamaica in this new political era,” Golding said.

Meanwhile, Julian Robinson and Fitz Jackson have indicated that they will resign as party general secretary and chairman, respectively, as of the next NEC meeting, which is slated for November 15, following the election of the new president.

Groups will be allowed to elect their delegates on October 9, before nomination takes place between October 19 and 23. A draft of the delegates list will be published on October 20, following which objections can be made up to October 26.

The final delegates list will be published on October 30, a week before the day of the election to be conducted by the Electoral Office of Jamaica.

China fires back at US over environment, South China Sea