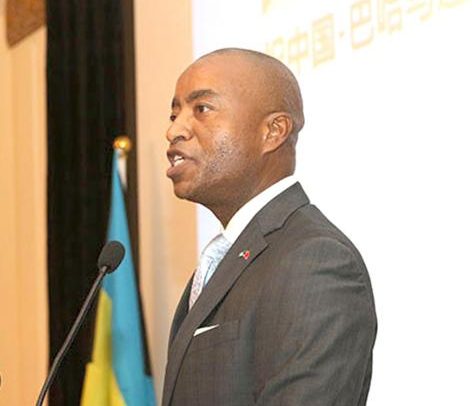 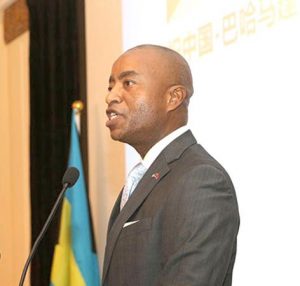 Competitive forces, underfunding and the ravages of destructive natural disasters, such as hurricanes, are some of the key factors impacting Caribbean tourism, Minister of Foreign Affairs Darren Henfield told a Caribbean Community (CARICOM) plenary session Tuesday.

Delivering the opening statement for The Bahamas during a session on tourism, after which he introduced Minister of Tourism and Aviation Dionisio D’Aguilar (who made a PowerPoint presentation to the plenary session on tourism), Henfield said, in 2017, the region’s share of global arrivals contracted and stood at 2.3 percent at the end of the year, compared to 2.4 percent in 2016.

Prime Minister Dr. Hubert Minnis serves as head of government of the Caribbean Community responsible for tourism. Henfield assumed the chair as head of delegation for The Bahamas following Minnis’ departure Monday evening.

“Under the present circumstances the tourism sector will languish at levels below its potential productivity. In the absence of a reliable funding source, the Caribbean will continue to lurch from one crisis to the next in a hapless quest for ways to buffer the region’s image against the ravages of competitive forces and natural disasters.”

Henfield said fortunately, “the solution is within our grasp”.

“What is needed is a sustained, effective effort to generate consumer demand, excite travelers and the travel industry, and stave off the region’s rapidly growing competition. To do this will require a reliable, consumer-generated funding source to create and maintain the kind of marketing presence recommended here.”

Henfield said the Caribbean Tourism Organization (CTO) and the Caribbean Hotel and Tourism Association (CHTA) have recommended that the Caribbean develop the means to implement, in 2018, a consumer-generated funding mechanism that would collectively raise the money for an ongoing marketing initiative.

The primary source for this funding would be a small levy on air transportation of between US$1 to US$2 per passenger traveling to the Caribbean from outside the region. It is proposed that intra-Caribbean travel would be exempt from the levy.

“The goal is to generate a sum of US$20 million annually to implement a sustained effort,” Henfield said. “A $20 million investment, in relation to the number of visitors the region hosts annually, (30.1 million stayover visitors in 2017), would allow the region to begin to proactively build the Caribbean brand and to be ready to protect the brand in times of crisis, through a prepared plan.”

Funds collected will be deposited into a specially designated marketing fund account, administered by the Caribbean Coalition for Tourism.

“One-to-two U.S. dollars per passenger is an equitable amount across Caribbean destinations and will not erode the competitive position of any participating country,” Henfield said. “Most importantly, that small amount will not dissuade any consumer from taking a Caribbean vacation, but cumulatively will provide measurable benefits to every participating country.

“This does not preclude support as well, from the private sector through sponsorships, specific promotional initiatives and active engagement. A separate and related dialogue is also being advanced to the cruise sector. The Caribbean receives an estimated 30 percent to 35 percent of all cruise ship deployments worldwide.”

Henfield said the understanding is that a critical mass of countries is the goal for proceeding with a campaign, accepting that countries “which are slower to participate should not retard the progress of those that are ready to get started”.