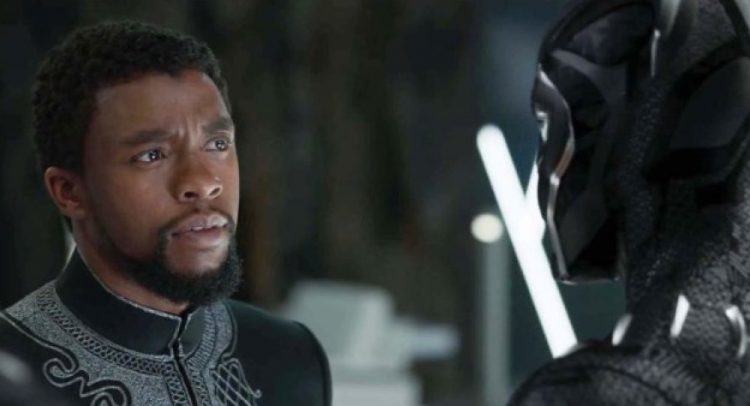 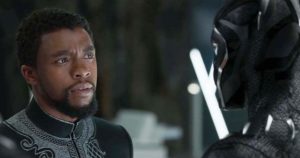 Thanks to “Black Panther,” Disney accountants are facing a new challenge — not that they’re complaining.

For instance, with the Wakanda saga’s estimated $108 million take this weekend, it’s become the second fastest movie ever to reach $400 million in domestic sales (it took just 10 days, tied with “Jurassic World,” and second only to the eight days it took “Star Wars: The Force Awakens”). It’s also the second most lucrative second weekend of any movie ever (again, “Force Awakens,” which earned $149 million its second weekend, is first). And it’s one of just four films to ever to earn $100 million or more on its second weekend. (The other two are “Jurassic World” and “The Avengers.”)

Already, “Black Panther” is the fifth-highest grossing movie in the Marvel Cinematic Universe, and within a day or so, it’ll overtake “Captain America: Civil War” and “Iron Man 3” to claim third place. It’s the fastest Marvel film to reach $400 million, doing so four days quicker than “The Avengers.” Oh, and the film has already earned $300 million overseas, and it’s not even playing in such major markets as China and Japan yet.

While last week’s column explored why “Black Panther” was so big so fast out of the gate, its second-weekend success comes from some additional factors. Such as:

The desire to see “Black Panther” over and over has been strong, helping to keep the movie a top seller on Fandango (yes, people are still buying tickets way in advance, even during the week). This helped sales stay strong even on weekdays. Most distributors are thrilled if a movie earns $20 million or more during its first three-day weekend; “Black Panther” earned that much on a Tuesday.

2. Mass Audience Appeal
Before “Black Panther” debuted, some pundits wondered if moviegoers beyond African-Americans would go see it. They need not have worried.

According to tracking service PostTrak, the audience make-up this weekend was 37 percent white, 33 percent black, 18 percent Hispanic, and 7 percent Asian. Love for the Marvel Cinematic Universe is, well, universal, and “Black Panther” is no exception.

People can’t stop talking about “Black Panther,” especially to their online friends, giving Disney the type of promotion you can’t buy. Although Twitter activity has cooled since the movie’s premiere last weekend, according to social media tracking firm RelishMix, tweets with “Black Panther” hashtags are still averaging about 352,000 a day. Most movies would love to see daily Twitter activity in the 100,000 range, so the “Black Panther” online buzz continues to be exceptionally strong.

4. The Kids Love It
Last week, Disney Executive Vice President for Theatrical Distribution Dave Hollis acknowledged to Moviefone that the one demographic area where the PG-13-rated “Black Panther” could have done better was among younger viewers. But he also predicted that those viewers would come in time. This weekend, his prediction started to come true.

According to PostTrak, 47 percent of this weekend’s audience was under 25, with guys under 25 making up the largest quadrant at 29 percent.

There were three new wide releases this weekend, two of them well-reviewed, but none offered any real threat to Wakandan supremacy.

Going into the weekend, new Jason Bateman dark comedy “Game Night” had several strikes against it. R-rated comedies haven’t done that well over the last year or so, Bateman was the only reliable comedy box office draw in the cast, and the film’s marketing campaign was weird (the poster showed no faces, just board-game tokens, one with a burglar’s ski mask and one toppled over in a pool of blood). Still, it did pretty well for a grown-up comedy, premiering in second place with an estimated $16.6 million for the weekend — or a little more than “Black Panther” earned on a modest Wednesday.

“Annihilation” also had several strikes against it. It’s a cerebral, philosophical sci-fi drama, and while critics adored it (with an 87 percent fresh rating at Rotten Tomatoes), moviegoers seemed to find it slow and confusing (they gave it a poor C grade at CinemaScore). Its cast, led by Natalie Portman and Jennifer Jason Leigh, was light on box office drawing power.

The biggest strike, though, may have been distributor Paramount, in the midst of a cold streak that’s lasted more than a year. The studio tried to hedge its bets, by marketing the film as more of a female-driven action thriller than it is, and by selling off the foreign rights to Netflix — meaning that the movie will stream overseas just weeks after playing in theaters here. Nonetheless, “Annihilation” opened in fourth place, with an estimated $11.0 million. It actually earned more per screen than “Game Night” ($5,467 to $4,759), but “Game Night” was playing on nearly 1,500 more screens.

“Annihilation” could have done better, then, if Paramount had booked it into more theaters, but with “Black Panther,” “Game Night,” “Peter Rabbit,” and “Fifty Shades Freed” all playing on more than 3,000 screens each, there wasn’t that much available.

The final new wide release was young-adult fantasy-romance “Every Day.” It had weak reviews (50 percent fresh at RT), no recognizable stars, and a modest release pattern (1,667 screens) from the long-dormant independent distributor Orion. Also, the low-budget ($5 million) film spent only an additional $8 to $10 million on marketing. Still, the movie debuted in ninth place with an estimated $3.1 million, which may be enough, over the next few weeks, to put “Every Day” in the black.

All told, then, “Black Panther” has been a phenomenon, one that profited from the movie’s own strengths, as well as good luck and timing. We’ll not see its like again anytime soon — or at least not until Marvel’s “Avengers: Infinity War” opens in May.