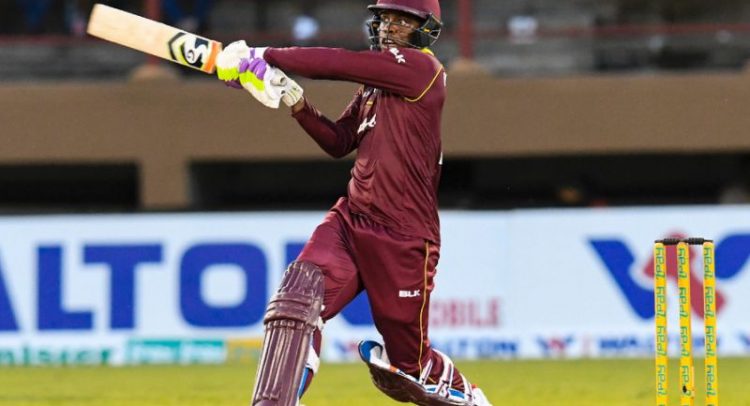 Shimron Hetmyer’s superb 125 helped the West Indies to 271 all out in the day-night game.

Bangladesh were then restricted to 268 for six wickets off 50 overs as the hosts claimed victory at the Guyana National Stadium.

In a must-win situation after the tourists won the first encounter in the three-match series, the 21-year-old left-hander’s effort was vital in lifting the home side to a competitive total.

He received excellent support from Rovman Powell in a 103-run fifth-wicket partnership, the all-rounder contributing an attacking 44.

It proved a vital effort from the hard-hitting right-hander, who had come to the crease with the innings at the crossroads at 102 for four in the 24th over.

With Hetmyer leading the way, they gave the West Indies the initiative and looked set for an all-out assault over the final 10 overs when Rubel Hossain separated them by bowling Powell in the 43rd over as he attempted a heave over midwicket.

That wicket triggered a lower-order collapse, and for a time it looked as if Hetmyer might miss out on the chance of completing the hundred in front of his home fans with wickets tumbling at the other end.

But he eventually reached the landmark to rapturous acclaim and proceeded to take 22 runs off the penultimate over bowled by Rubel.

It was harsh on the fast-medium bowler who had taken important wickets during the course of the innings as he conceded 61 runs overall in taking three wickets.

Mustafizur Rahman and Shakib al Hasan took two wickets each but Shakib committed a costly error in the field, dropping Hetmyer on the square-leg boundary off Rubel.

It required Hetmyer’s heroics which went all the way to the end of the innings when he was run out attempting a second run with last man Alzarri Joseph as his partner.

Promoting and Marketing Strategies at Core of Restaurant Week in St. Kitts-Nevis