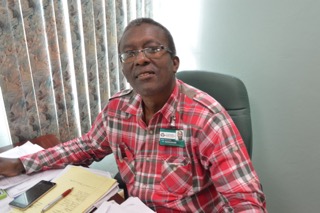 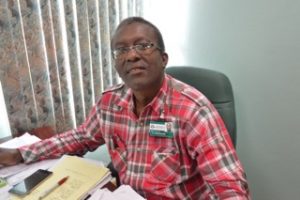 Operations Supervisor in charge of collection at the Solid Waste Management Corporation (SWMC) Valentine Heyliger, has showered plaudits on his collection staff for the exceptional work they did during the holiday period. The Christmas/Carnival period is usually a very hectic and busy period for SWMC workers, especially those who collect garbage in the Basseterre area where most of the carnival festivities took place. Last year was even more challenging as J’ouvert celebrations ended earlier in town and this coincided with the arrival of five cruise ships calling at Port Zante on Boxing Day. “It was really a lot of work but we pull through really well. “Christmas Day and New Year’s Day fell funny this year on a Monday. Solid Waste does not work on New Year’s Day, Christmas Day and Good Friday so the guys had to do the Christmas Day work and the Boxing Day work, which was a holiday and similar to New Year’s Day, work had to be done on the second (of January), which was also a holiday,” explained Mr. Heyliger. “This time of the year, the work load increases three fold so guys were really into (the work) and really down to the limit. It was work in work out every day. Tremendous amount of work was put out by my workers and I want to, here and now, congratulate them,”

Because J’ouvert celebrations ended earlier last year than in previous years, it was even more challenging for the collection team, Mr. Heyliger noted. “We knew people were going to linger in town because it was like a shock and awe to them because normally J’ouvert finished 12 noon (it ended at 10am this time around), and we would commence work around 3 o‘clock in the afternoon. But this time we had to commence work around 1:30pm and it was rubbish and more garbage on the road,” he explained. He said they had difficulty getting persons in the public to cooperate in facilitating the garbage collection but eventually, the work was done. It took about six hours to complete the cleanup for New Year’s Day and last lap was even longer and more difficulty because more garbage was generated, Heyliger disclosed.

Despite being a supervisor, Mr. Heyliger assisted the team in collecting garbage. “I was there after J’ouvert cleaning the streets…along with my Assistant Tyasha Henry and I felt good doing it, knowing that I was able to help bring back the street to the original state…I wanted to do it for Last Lap but I got burnt out. I was tired,” he said chuckling.

Meanwhile, Mr. Heyliger pointed out the significance of the work of the SWMC, especially when it comes to the health and cleanliness of the environment during the festive period. “Without the health workers, without your garbage being moved on a regular basis, there is scope for all kind of diseases. And if we don’t clean the city for two days, everybody would start ‘bawling’ because people do not like to handle their own garbage,” Mr. Heyliger said.

7 Best Foods for Your Eyes