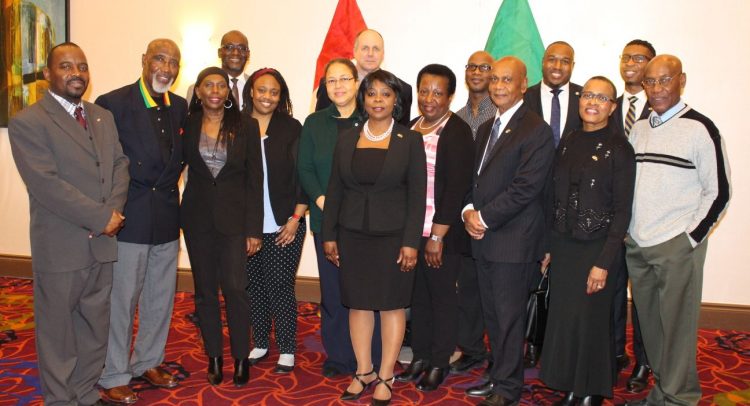 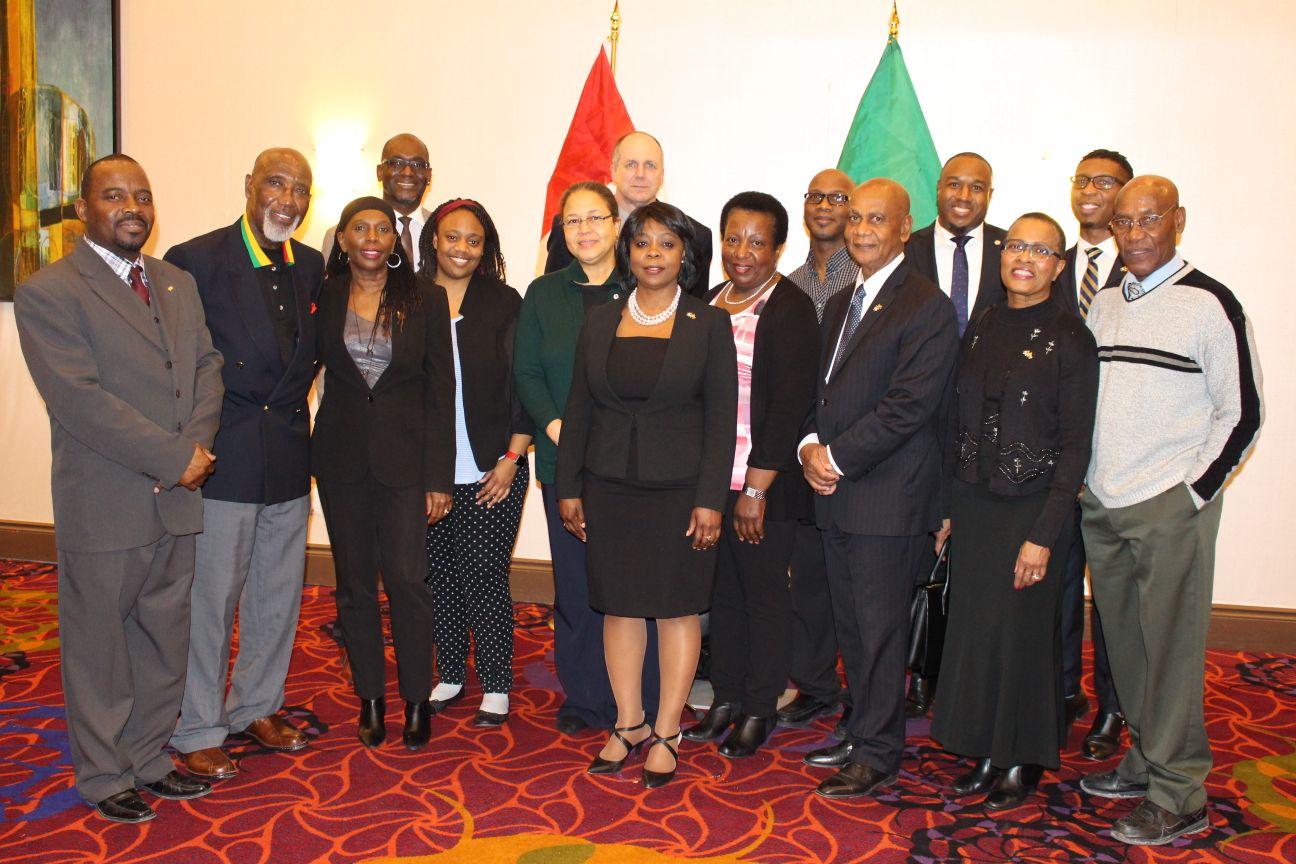 Since Her Excellency’s arrival in Ottawa on 8th January, High Commissioner Sherry Tross has been steadily engaging with top officials in the Canadian Government, the Ottawa diplomatic corps and nationals and friends of St. Kitts and Nevis.  In a string of events held last week marking her arrival in Canada, the High Commissioner signaled that she views diaspora engagement as a key priority throughout her posting in Ottawa.  This pledge coincides with the Ministry of Foreign Affairs’ first Diaspora Conference which will be held from 19th to 21st June, 2018 under the theme, “Diaspora Partnerships for Sustainable Development.”

At a welcome reception in Ottawa on Wednesday evening, Her Excellency Sherry Tross, had the opportunity to lay out a vision for her tour of duty which included calling for a new era of development cooperation between St. Kitts and Nevis and Canada as well as attracting more investment, and encouraging more ease of travel and people to people exchanges between both countries. The High Commissioner heralded 2018 as a banner year for St. Kitts and Nevis as 2018 marks not only the 35th independence of the Federation but also the 35th year of diplomatic relations between St. Kitts and Nevis and Canada.

The High Commissioner took the same message to Toronto on Saturday and asked the diaspora to join in the critical work of advancing the nation’s development agenda.  High Commissioner Tross told a packed hall of Kittitians and Nevisians that “she could think of no better people to build St. Kitts and Nevis than Kittitians and Nevisians.” Ms. Tross, who is no stranger to working on development matters, thanked nationals for the work they are doing to boost the Federation, whether it was through remittances, scholarships or the provision of healthcare equipment. She assured the crowd that their respective contributions “have not gone unnoticed” and urged enhanced cooperation with the High Commission and Consulate to optimize the impact of the valuable work in which they are involved.

The High Commissioner is set to travel to Montreal in the next few weeks to further engage with nationals and friends in that city.  The series of engagements form part of the High Commission’s enhanced public diplomacy efforts and builds on the Government’s promise to work at maximizing the contributions of the diaspora in nation building.