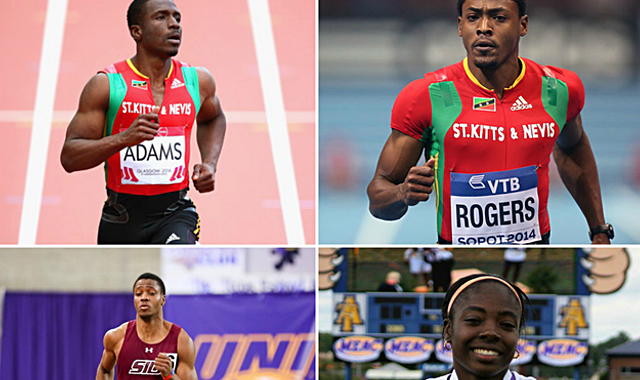 Basseterre, St. Kitts, 31st March, 2018 (MyVueNews.com) – A high level of confidence is being expressed by athletic officials that the four-member track team will make it to the finals in the 2018 Commonwealth Games

The 4th to 15th April Commonwealth Games will be held on the Gold Coast of Queensland, Australia.

Speaking ahead of his departure for Australia, the St. Kitts and Nevis Amateur Athletics Association (SKNAAA) quotes Coach Wilkinson as saying. “The lone female, Shenel Crooke, I know she will represent the females well at the Commonwealth Games, and so I want to say kudos to her. I know she’s going to do her best, and we are looking for her to advance to the semi finals and finals, which will be a great achievement for her.”

He continued, “Our youngster, Warren Hazel, he will be running the 400m and he’s been doing well at the college level, so I’m really expecting him to make an impression there at the Commonwealth Games.”

The SKNAAA expressed best wishes for success to the team at the 2018 Commonwealth Games.