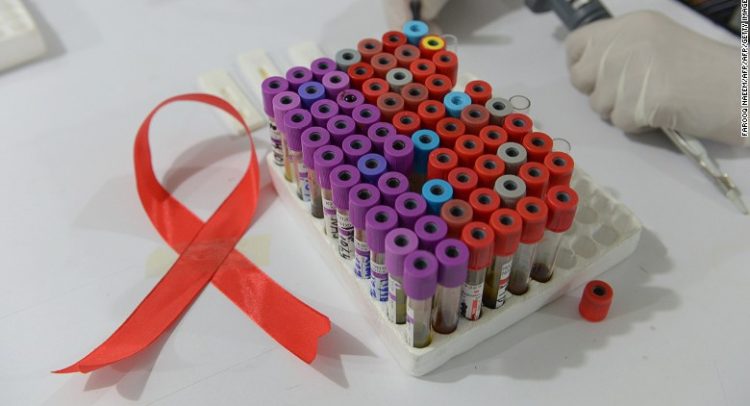 (CNN)A clinical trial for an HIV vaccine has been discontinued since the vaccine was not found to prevent infections of human immunodeficiency virus, the virus that causes AIDS.

The National Institute of Allergy and Infectious Diseases or NIAID, which sponsored the trial, announced on Monday that the study taking place in South Africa was halted after an independent data and safety monitoring board found the vaccine to be ineffective in preventing HIV. NIAID noted that the board did not express any concerns about safety.
“An HIV vaccine is essential to end the global pandemic, and we hoped this vaccine candidate would work. Regrettably, it does not,” Dr. Anthony Fauci, director of the NIAID, said in a written statement on Monday.
“Research continues on other approaches to a safe and effective HIV vaccine, which I still believe can be achieved,” he said.

In a separate news release, the Global HIV Vaccine Enterprise announced “deep disappointment” that the vaccine study had been stopped. The enterprise is an alliance of funders and stakeholders formed to accelerate the search for an HIV vaccine.
“Whilst this is a significant setback for the field, we need to continue the quest for a preventive vaccine. The rates of HIV infection, which continue unabated in this region, should spur greater urgency, global attention and investment to the quest,” Linda-Gail Bekker, immediate past president of the International AIDS Society and chair of the Enterprise Advisory Group, said in that separate announcement.

The vaccine trial, named HVTN 702 or Uhambo, began in 2016 and enrolled 5,407 HIV-negative volunteers at 14 sites across South Africa, according to NIAID. Those volunteers were sexually active men and women ages 18 to 35 who were randomly assigned to receive either the vaccine or placebo injections.
An analysis of the study showed no significant difference in subsequent HIV infections among the volunteers in the vaccine group versus placebo group. According to NIAID, 129 HIV infections occurred among the vaccine recipients and 123 HIV infections occurred among the placebo recipients. NIAID said that those study participants are being informed of the trial stopping and researchers will continue to follow study participants over time.

This trial wasn’t the only investigation into approaches to prevent HIV. The National Institutes of Health has invested in two other late-stage, multinational HIV vaccine trails, both testing a novel vaccine regimen, among other HIV prevention trials.
Additionally, the use of a daily pill to prevent HIV infection called PrEP rose almost 500% from 2014 to 2017 in the United States, according to research published in July by the US Centers for Disease Control and Prevention.
In December, US Health and Human Services Secretary Alex Azar announced the launch of a national program to provide free HIV-prevention drugs to uninsured adults in the United States at risk of HIV.