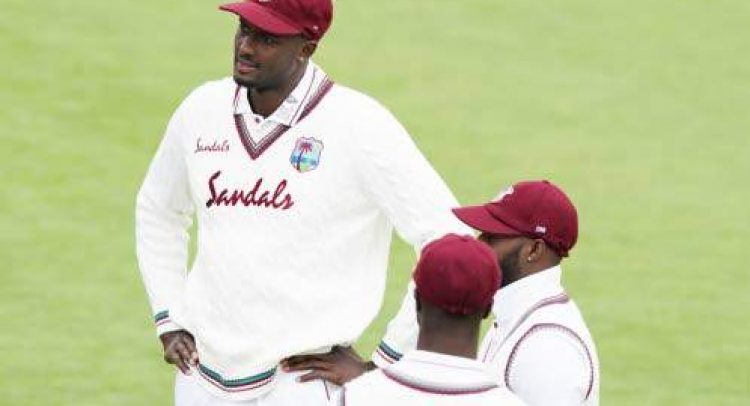 Holder ‘lost’ as a captain but a good player, says Sir Andy

BRIDGETOWN, Barbados (CMC) — Sir Andy Roberts has described all-rounder Jason Holder as a “damn good cricketer” but says he is “lost” as a captain, and should look to the coaching staff for help during matches.

Pointing to his field placements, the outspoken legendary former West Indies pacer slammed Holder as being too “defensive-minded”, contending he needed to employ a more aggressive approach, especially when conditions were suited to fast bowling.

“I would like to know how do we judge a captain,” Sir Andy queried.

“I think Jason Holder as a captain on the field is lost. I don’t think he is aware of what is going on, on the field, because if I win a toss as a captain and before lunch on a green-top pitch I am having a man on the point boundary, then I am lost.

“That’s the first thing. His field placing [leaves] a lot to be desired, and I believe the time should come where he takes instructions from the coaches who can see the game better than he can.”

Not for the first time, Holder’s captaincy was put under the microscope following last December’s chastening two-Test series in New Zealand where West Indies lost both matches inside four days by innings margins.

Earlier in 2020, he presided over a 2-1 series defeat away to England as West Indies surrendered the Wisden Trophy they had recaptured in 2019 for the first time in a decade.

However, the 29-year-old remains one of the world’s leading performers in the Test format, where he was the top-ranked all-rounder for nearly a year recently.

He is now ranked third in the all-rounders charts, 11th in the bowling rankings and 43rd in the batting rankings.

While endorsing the Barbadian’s remarkable ability as a cricketer, Sir Andy said his prowess as a captain needed to improve.

“A captain is only as good as the men who he leads so there has to be something wrong with the 11 guys on the field and cannot pinpoint certain things to the captain,” Sir Andy told Starcom Radio’s Mason and Guest cricket show.

“I would give him an ‘A’ grade for his interviews — he interviews very well. He’s a damn good cricketer but he needs to be more aggressive in his approach as a captain. He’s too defensive-minded.”

Pointing to the Barbadian’s recent participation in the Australia Big Bash last month and subsequent decision to opt out of the Bangladesh tour, Sir Andy said exhaustion for Holder and other players could not be used as an excuse.

“I am disappointed with their excuses because they’re tired of being in the bubble, but everywhere they travel [for other T20 tournaments] they go into a bubble,” said the icon.

“If after he came back from New Zealand and he said he was tired — he played two Test matches, he bowled a few overs and he came back to the Caribbean to rest — then I wouldn’t have a problem.

“But when you left New Zealand you went to Australia to bowl 16 overs and to tell me that you’re tired? You’ve got to come better than that. You have to find better excuses than that.”

Main Photo: West Indies Captain Jason Holder (left) waits with his players before the start of play on the final day of the second Test cricket match between England and the West Indies at Old Trafford in Manchester, north-west England in this July 20, 2020 file photo. (Photo: AFP)