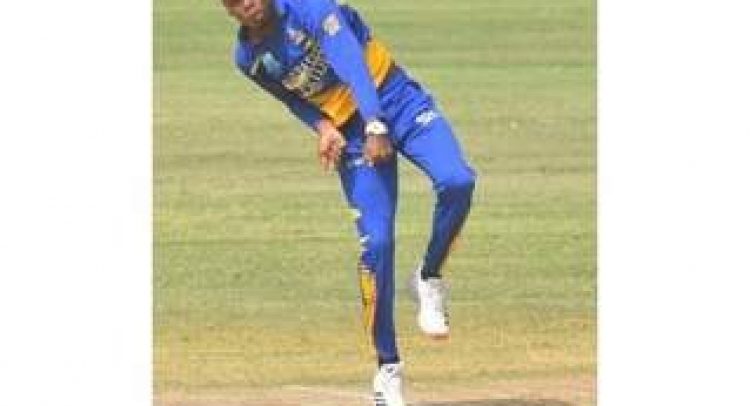 Chasing a modest 219 at Coolidge Cricket Ground for a place in the semi-finals of the Super50 Cup, Pride slumped from a seemingly impregnable 141 for two in the 29th over to 167 all out in the 42nd over, losing their last eight wickets for 26 runs.

Part-time off-spinner Andre McCarthy proved the unlikely hero for Scorpions, snatching a sensational hat-trick in the 40th over as part of a career-best six-wicket haul to demolish the Pride batting.

“I don’t think [it was complacency]. We had a really good chat before we went out to bat and I just kind of reminded the fellas of what’s at stake and how to go about it,” Holder said.

“You’ve still got to be positive, put pressure on the Jamaica Scorpions bowlers, and just try to finish the game clinically.

“It didn’t happen for us and we’ve just got to put our hands up as individuals and say we weren’t good enough.”

Pride enjoyed a strong start to their run chase as West Indies batting star Shai Hope top-scored with 51 at the top of the order, posting 52 for the first wicket with Justin Greaves (36) and a further 66 for the second wicket with Shamarh Brooks who made 27.

Hope’s demise, however, caught at point by Brandon King off left-arm spinner Fabian Allen in the 29th over, triggered the collapse before McCarthy completed the rout.

Holder said he was at a loss to explain the sudden capitulation.

“I can’t put it to words, it was just a poor batting display,” the West Indies Test skipper lamented.

“We were cruising in the game at one stage and we just didn’t take it deep enough. One of the top four had to be responsible to carry it deep.

“But having said that, we should have still gotten the runs. It was just some pretty poor shots, some soft dismissals at the very, very end — and it really cost us.”

Pride’s lacklustre effort had started earlier in the field, at the back end of the Scorpions innings.

Left-arm spinner Joshua Bishop snatched five for 35 to reduce Scorpions to 87 for eight in the 25th over but Pride suddenly went flat and allowed number 10 Odean Smith to counter-attack with a brilliant, unbeaten 68 of 75 deliveries.

More importantly, Smith posted 80 for the ninth wicket with Jamie Merchant (37) and 51 for the last wicket with Jeavor Royal (16) to push Scorpions to a competitive 218 all out in the 46th over.

However Holder, defending his side’s approach, conceded they had simply been outplayed by the Scorpions’ tail-enders.

“I thought the three guys at the end played really well,” Holder noted.

“Odean Smith played a really good knock; he hit the ball really well and hit the ball cleanly. Partnerships are meant to be built in cricket but we should have gotten that 219.

“We threw around all of our bowlers — our front line bowlers bowled, our part-time bowlers came on and bowled.

“We lost Chemar Holder at the very very end with the two [high] no-balls, which really didn’t help the cause, so I don’t think there was much more we could’ve really done. I think it’s well-played to the Jamaican players.”

The defeat was the fourth in five outings in the competition for Pride, leaving them bottom of the six-team standings with four points.