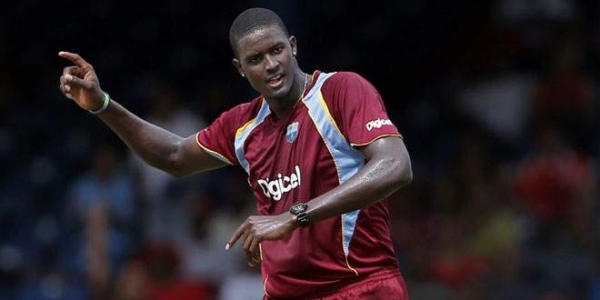 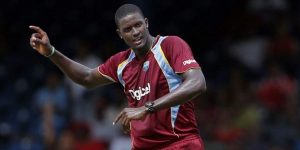 West Indies captain Jason Holder has backed young batting star Shimron Hetmyer to start notching big scores soon, and has encouraged him to spend more time at the crease in order to achieve this.

The 21-year-old top-scored with 52 in Sunday’s first One-Day International against Bangladesh, as West Indies failed to overhaul 279 and plunged to a 48-run defeat at National Stadium at Providence.

“It’s something he and I have been talking about for a little while. He’s been probably one of the better players of spin in our dressing room and he is also one of the few left-handers we have in the middle order,” explained Holder.

“I’ve just encouraged him to go deep. I spoke to him [on Saturday night] before the game and one of the things we spoke about is him batting down to at least the 35th over before he starts to expand.

“Probably the situation in [yesterday’s] game would have maybe dictated he go a bit deeper than the 35th, down to probably the 40th and giving the hitters at the end enough leeway to come in and execute their game.”

Hetmyer was playing only his 10th ODI after making his debut last December on the tour of New Zealand. He smashed his maiden hundred — 127 against United Arab Emirates — in the World Cup qualifiers in Zimbabwe last March.

He has managed a number of starts in his other innings without carrying on, but Holder believes his ability to convert will come with increased experienced.

“He’s a young, talented player and I think he will learn as time goes on, and I think we just have to invest some time in him,” said the all-rounder.

West Indies were looking dangerous when Hetmyer was involved in a 40-run, third -wicket stand with superstar opener Chris Gayle-who made 40 from 60 balls-with a four and a pair of sixes.

However, tragedy struck in the 22nd over when Hetmyer turned down a quick single to short third man with Gayle past the point of no return, leaving the Windies’ most experienced batsman stranded.

While Gayle was not his usual explosive self, Holder said there was no cause for concern.

“Everybody expects Gayle to be his normal dominant self. We just want him to impose himself on the power play — he’s been one to do that,” Holder pointed out.

“Maybe the surface isn’t one that you can blast through the power play as such, but he adjusted his game really well and picked up a few singles for us up front. He obviously got his odd boundary here and there and I thought he was looking pretty good.

“It’s just unfortunate with the run out. Obviously we just need to tighten up on that area as well.”

The second ODI is set for tomorrow at the same venue.