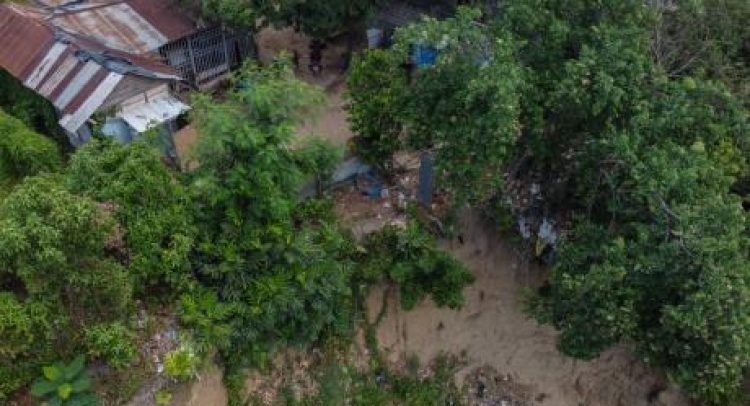 Prime Minister Andrew Holness has sounded a warning to Jamaicans who construct houses on gully banks and other areas prone to flooding, saying that his administration will take steps to establish “no-build zones”.

He contended that the Government would implement policies that compel Jamaicans to live in environmentally safe locations.

“In the face of these significant weather events, houses perched on hillsides which have been denuded, we know those houses are going to be at risk. We know there are going to be landslides,” the prime minister asserted on Tuesday.

In a statement to the House of Representatives on the flood damage from weekend rains, the prime minister charged that “at some point, as a society, we must come to the understanding that you cannot choose to go and live anywhere you feel”.

“There are some areas, regardless of the political implications, if we could only reach across the aisle and shake hands on it and come to an understanding that there are some communities which should not be where they are,” Holness said.

The prime minister said that the impact of heavy rainfall from October 19 to 25 on the island has resulted in a preliminary flood damage of close to $2.7 billion, signalling that the estimate is expected to rise considerably.

The torrential rains have severely impacted several communities across the island with road infrastructure being damaged in all parishes.

“This covers road clearance, drain cleaning, creating access and patching, but it does not include the cost of permanent repairs or major rehabilitation. This $2 billion will only cover what would be needed, for example, to clear the (Bog Walk) Gorge or the roadways that have been made impassable, to clear landslides, to patch certain roads for the smooth flow of traffic and to undertake clearing of drains and gullies,” Holness explained.

It has also been reported that 60 per cent of parochial roads and the drain network were damaged and will cost in excess of $700 million to carry out repairs. The most affected parishes are Kingston, St Andrew, St Catherine, Clarendon, and Manchester.

The prime minister told his parliamentary colleagues that each constituency will be allocated $1.5 million from the housing fund to assist with repairs to homes damaged by the rains.

In addition, the prime minister said that another $1.5 million will be disbursed to each constituency in the form of rehabilitation grants for the neediest constituents.

With regard to the agricultural sector, the prime minister said that damage has been extensive and officers from the Rural Agricultural Development Authority were conducting an assessment. Agriculture Minister Floyd Green is expected to make a presentation on the impact of the heavy rains to Cabinet on Monday.

Meanwhile, the National Works Agency (NWA) reported that more than 80 roads were severely affected by landslides, mud flows, and fallen trees, causing some communities to be marooned.

The NWA reported that none of the recently resurfaced major thoroughfares, such as Constant Spring, Hagley Park, Barbican and Camp roads, have been adversely affected.

Main photo: An aerial photograph of a house on Barrett Street in Spanish Town, St Catherine, on Friday, July 17, 2020. The dwelling inches closer to the Rio Cobre with each heavy downpour of rainfall as a result of soil erosion.