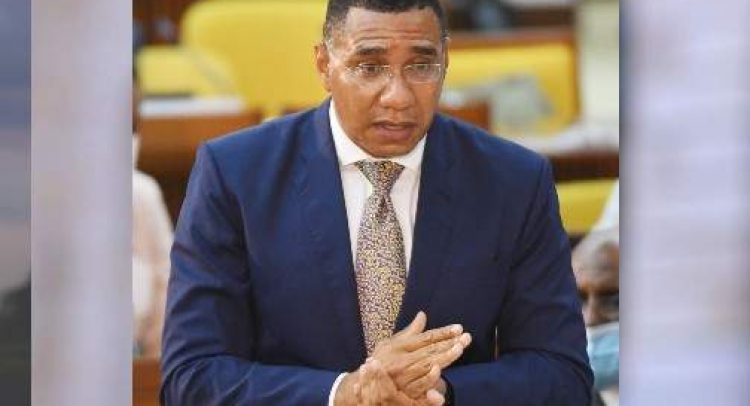 Prime Minister Andrew Holness is expected to outline in the House of Representatives today the effect of Tropical Storm Zeta on the country and its economy.

He will, the Jamaica Observer was told, paint a detailed picture of the damage, the likely cost of repairs and social response, as well as explain what effect it will have on Government expenditure, weeks after the House approved increased spending, including an extension of the COVID-19 relief programme to December, and increased funding for the Ministry of Health and Wellness.

The prime minister hinted yesterday that while the repairs will be expensive, the handling of the budget over the past few years by his Administration will allow for a window of support for the contingency which will have to be dealt with.

The issue highlighted yesterday’s meeting of the Cabinet, and is expected to dominate today’s 2:00 pm sitting of the House of Representatives at the Jamaica Conference Centre, where legislators have been meeting while preparations continue for the renovation of Parliament’s normal home, Gordon House.

The Observer was told that while the damage from Zeta will definitely create the need for additional expenditure, which was not included in the second supplementary estimates for 2020/21, there is space for reprioritising the budget and regularising the expenditure by tabling a third supplementary estimate in January, which is the route most likely to be taken by the Government.

Although only two deaths — a father and his daughter in Bull Bay, St Andrew — have so far been recorded in Jamaica as a result of flooding from the storm, Zeta has since developed into a hurricane, threatening the United States.

Yesterday, Minister of Local Government and Rural Development Desmond McKenzie admitted that the extensive damage to the island’s infrastructure is expected to cost the country heavily.

McKenzie informed the press that the rain has put 80 per cent of the country’s road network under pressure, including areas where access is totally impossible.

A report from the National Works Agency listed 16 roads in St Catherine, Clarendon, St James, St Andrew, and Manchester which were either impassable or blocked by damaged uprooted vegetation and fallen rocks, including the Bog Walk Gorge in St Catherine.

Residents of areas in Bull Bay which were not approved for housing and were under threat of flooding rejected an appeal to evacuate despite the death of the two residents and an increasing threat to the viability of their houses.

The Government was unable to demand mandatory evacuation of the threatened residencies, as the Building Act which includes the provision, has not yet been implemented.

“The devastation that is taking place is not something that we will be able to pull back from as quickly as we did in the past,” McKenzie said, noting that he was still awaiting reports from several parishes.

He also stated that disaster relief committees were already called to action, as hundreds of people have been flooded out of their homes and centres were opening up to receive those who evacuated.

Other items listed on today’s agenda for the House of Representatives are: The naming of the Standing Orders and Integrity Committees, usually chaired by the Speaker; Senate amendments to the Authentication Bill; approval of the Electricity (Electrical Works, Registration and Licensing) Regulations, 2020; continued debate on The Dogs (Liability for Attacks) Act, 2020; approval of the Colbeck (Irrigation Area) Order, 2020, to be approved; Exemption Motion for Mike Henry and Mark Golding to do business with the Government; and an amendment to section 34 of the Integrity Commission Act of the Standing Orders (73D) (Correction of erroneous reference).