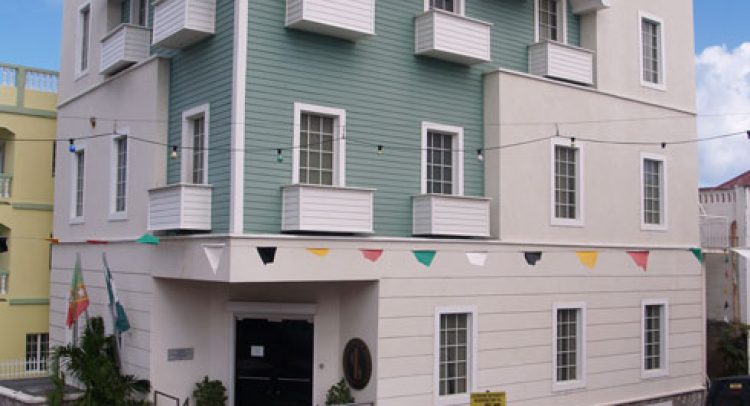 Basseterre, St. Kitts, May 21, 2021 (SKNIS): Over the past 40 years, the Development Bank of St. Kitts and Nevis (DBSKN) has offered homeowners a number of mortgage options at reduced interest rates, said Jasmine Irish, Operations Manager, during her May 19 appearance on “Working for You.”

“We have the mortgage sector and over the 40 years, we would have launched several lending facilities in that we would have received various funding and one of them would have been what we call the GEM, which was the Government Empowerment Programme. This was initiated to provide homeownership to individuals of the lower strata and each applicant was offered $300,000 at an interest rate of five (5) percent,” said Mrs. Irish.

Other mortgage programmes included the FRESH, which was conducted in two phases, and the HELP.

She said the FRESH was initiated to promote the realization of economic empowerment through subsidizing housing in the Federation whereby each applicant received $500,000, which was initially at six (6) percent but in the second phase was launched at five (5) percent.

“Sometime back, we had HELP which is the Housing Enhancement Loan Programme and that was initiated to provide funding to individuals who need to renovate or remodel their homes. Those applicants we offered $100, 000 at an interest rate of five (5) percent.”
Equally important was the assistance that was given to persons through the FRESH Start Programme to create businesses. In September 2015, the Government of St. Kitts and Nevis signed a loan agreement of US$5 million with the Government of the Bolivarian Republic of Venezuela through the Petróleos de Venezuela S.A. (PDVSA) agreement which was intended to help business aspirants to set up small to medium-sized enterprises (SMEs) within the Federation.

“We had the FRESH START Programme, which is in relation to the businesses and that was to assist persons or promote creation in the area of manufacturing, retail, equipment and medium-sized business within the Federation. Applicants here were offered US $100,000 and the interest rate was five (5) percent.”

Mrs Irish noted that the Sugar Industry Diversification Foundation (SIDF) was also implemented to “diversify the economy and maintain economic stability and to finance existing industries as we transition from the sugar industry after it closed.”

Police: all approved events cancelled immediately until further notice in interest of public health and safety

STEP workers can access loans at the Development Bank