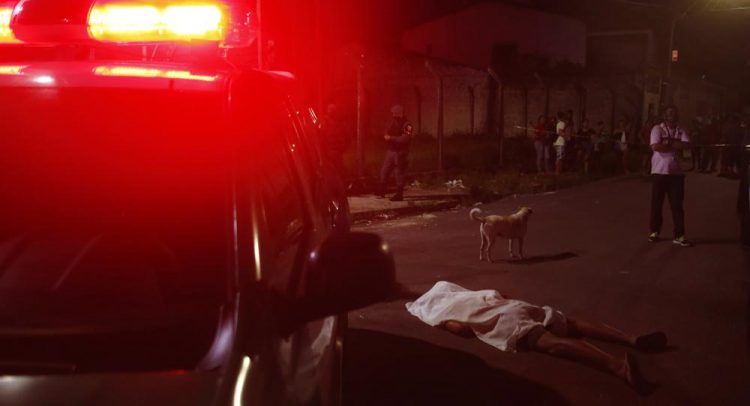 RIO DE JANEIRO (AP) — Murders are surging in northern Brazil’s Amazonas state and particularly its capital Manaus, the economic heart of the vast rainforest region, according to data from the state’s public security secretary.

The state reported 1,170 homicides between January and October, or nearly four a day – half again as many as in the same 10-month period a year ago, according to official data published this month.

The majority happened in Manaus, which has about a little over half the state’s population of 4.2 million. The state’s crime rate was the worst in the nation, according to the G1 news website. The number of homicides elsewhere declined slightly.

Violence in Amazonas has worsened in recent years, experts say, after the Red Command gang launched a bloody campaign against the rival Family of the North gang to control the region’s drug trafficking routes.

One of the gang war’s latest victims was 22-year-old Daniel da Silva Gomes. Police officers on Tuesday found da Silva’s shirtless body lying prone in the street, a stream of blood coming from two gun shots to his head.

Da Silva’s father told The Associated Press that his son had got involved with drug traffickers and received threats in recent days.

In June, Manaus authorities shut down schools and suspended public transportation amid a wave of violence after police killed the alleged leader of a drug trafficking ring.

Criminals had set on fire dozens of buses, public buildings and banks in what officials said was likely retribution for the killing.

The father of Daniel da Silva Gomes stands by his son’s body after the 22-year-old was shot dead in the Compensa neighborhood of Manaus in Amazonas state, Brazil, Tuesday, Nov. 23, 2021, as authorities work the crime scene. Murders in Amazonas state have jumped 39% in the first nine months compared to the same period last year, the worst of any state in Brazil. (AP Photo/Edmar Barros)