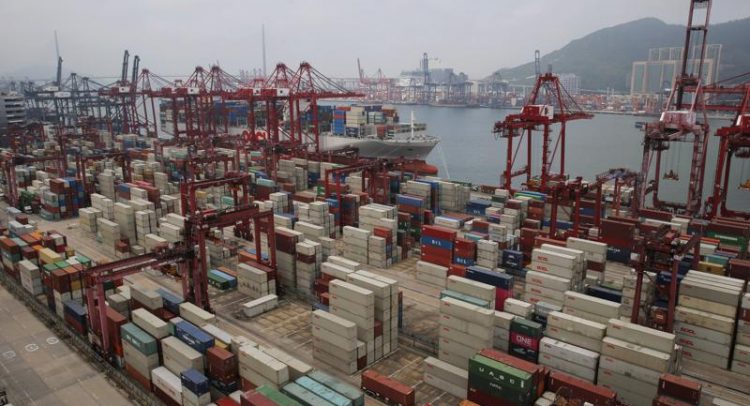 Economic activity shrank 1% compared with the previous quarter but was up 7.5% from a year earlier, when it was depressed by the coronavirus pandemic, according to preliminary government estimates Friday.

Consumer spending rose 6.5% over a year ago, up from the previous quarter’s 2.1%.

On Saturday, shoppers can start spending vouchers worth 5,000 Hong Kong dollars ($650) per person distributed by the government. It says some 5.5 million people signed up to receive them.

Retailing and tourism, key Hong Kong industries, already were struggling due to disruptions from anti-government protests before the coronavirus pandemic hit. Trade is recovering, but the territory still restricts travel.

The loss of visitors from mainland China has been a particularly bitter blow for the former British colony.

FILE – In this May 24, 2019, file photo, gantry cranes load cargo onto container ships at a port of Kwai Tsing Container Hong Kong’s economy contracted in the three months ending in June 2021 as export growth decelerated and the Chinese territory prepared to launch a voucher scheme to encourage consumer spending. (AP Photo/Kin Cheung, File)