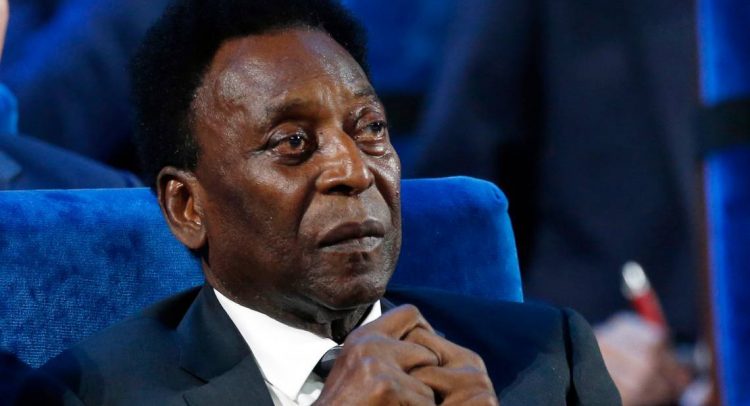 Hospitalised Pelé thanks fans during fight against cancer

SAO PAULO (AP) — Brazilian football great Pelé thanked fans worldwide on Thursday for the well-wishes he’s received since being admitted to a Sao Paulo hospital amid his fight against cancer.

The 82-year-old Pelé, who had a colon tumor removed in September 2021, was hospitalised Tuesday to regulate his medication, his daughter said.

Messages of support have poured in from around the world including from Brazil coach Tite at the World Cup in Qatar.

“It’s always nice to receive positive messages like this,” Pelé said in an Instagram post showing a building in Qatar displaying wishes for his recovery. “Thanks to Qatar for this tribute, and to everyone who sends me good vibes.”

Pelé said he was making his monthly visit. His daughter Kely Nascimento said Wednesday there is “no emergency” concerning her father’s health. She and another sister, Flavia Nascimento, on Thursday published pictures of several members of Pelé’s family at an undisclosed location.

Hospital Albert Einstein in Sao Paulo did not issue a daily statement about the health of Edson Arantes do Nascimento, the man globally known as Pelé.

On Wednesday, the hospital said Pelé was in stable condition after arriving on Tuesday “for a re-evaluation of the chemotherapeutic treatment of the tumor.” The former footballer is not in intensive care, the hospital added.

ESPN Brasil reported on Wednesday that the three-time World Cup champion was brought to the hospital because of “general swelling.”

Earlier on Thursday, Tite also wished Pelé well during a press conference ahead of his team’s World Cup group stage match against Cameroon on Friday. The team needs a draw to finish first in Group G.

After a tumor was removed more than a year ago, the hospital said Pelé would begin chemotherapy but did not inform whether the former footballer’s cancer had spread to other organs. He has checked in with the hospital every month since.

Pelé helped Brazil win the 1958, 1962 and 1970 World Cups and remains the country’s all-time leading scorer with 77 goals in 92 matches for the national team.