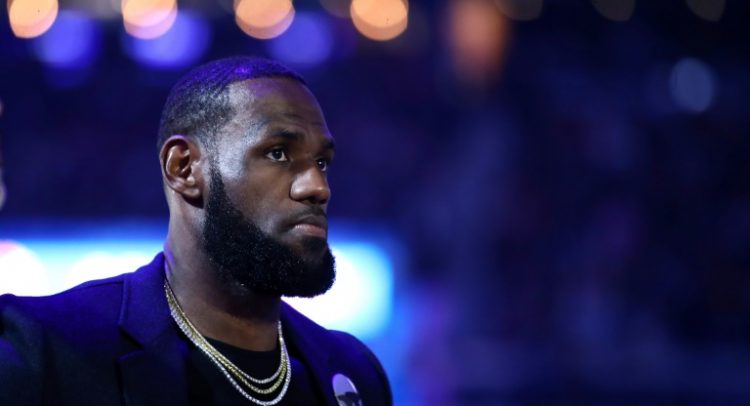 ‘How do we fix this?’ NBA star LeBron James takes on voter suppression

A conservative commentator once advised him to “shut up and dribble,” but basketball legend LeBron James is bringing star power to a voter mobilization movement as concerns over disenfranchisement swell ahead of November’s presidential election.

“This is the time for us to finally make a difference,” James recently told The New York Times, speaking during a period of historic protests following the death of an unarmed African American, George Floyd, in police custody.

With barely 20 weeks before Americans cast their ballots, “King James” is making a foray into US politics to protect voting rights of blacks and upend what he calls a “structurally racist” system.

The Los Angeles Lakers power forward will finance the group, called More than A Vote, as the nation prepares to decide whether to stick with President Donald Trump for four more years or replace him with Democrat Joe Biden.

Basketball colleagues Trae Yong and Jalen Rose, football player Alvin Kamara, and actor/comedian Kevin Hart are among those who will help James with outreach in places like Georgia, Michigan, Wisconsin and Florida.

The move comes on the heels of a voting fiasco in the state of Georgia this week that multiplied concerns about voter suppression, particularly affecting people of color.

James highlighted activists’ observations that voters in some black neighborhoods in Atlanta stood in line for several hours to cast their ballots, while those in white areas barely had to wait.

“Everyone talking about ‘how do we fix this?’ They say ‘go out and vote?'” James tweeted Tuesday. “What about asking if how we vote is also structurally racist?”

James said the group aims to combat apathy among younger blacks, who showed a drop-off in turnout in 2016 compared with 2012, but also will alert minority voters to efforts to keep them from the polls.

Georgia’s Republican leadership, for their part, rejected the suppression accusations and said responsibility for the “unacceptable” conditions in certain local districts, including faulty machines and lack of ballots, fell on local organizers, often Democrats.

The problems extend beyond Georgia. Experts say about two dozen states have taken steps to restrict voting, with a disproportionate impact on minority groups.

The group Fair Fight said it looks forward to working with James and other stars “to stop voter suppression and protect the right to vote for Black voters across the country.”

The general effort is a priority for congressional Democrats too. House Speaker Nancy Pelosi said it was imperative to “inoculate” communities against an erosion of voting rights.

In today’s online age, James’s massive social media reach — he has more than 135 million followers across Twitter, Instagram and Facebook — will serve as a powerful platform for mobilizing minority groups.

James has waded into politics before. He appeared at a Hillary Clinton rally in 2016, and has sharply criticized Trump.

Through his family foundation, the 35-year-old star has set up a school for at-risk youths in his home town of Akron, Ohio and funds their university studies.

That approach, for now, is focused on preserving and expanding rights in the electoral sphere, which has been rocked by Trump’s repeated assertions that mail-in ballots are fraudulent and unfounded accusations that Democrats are seeking to “rig” the election.

Biden expressed alarm Wednesday about Trump’s effort to discount vote-by-mail, use of which is expected to surge due to the coronavirus pandemic.

“My single greatest concern: this president’s going to try and steal this election,” Biden told The Daily Show.

Progressive organizations for years have denounced obstacles that hinder participation, such as voter identification laws, hurdles for registration and reduction of polling stations.

Voting difficulties have only been amplified by the precautionary measures imposed during the pandemic.

The period leading up to the November 3 poll “will be marked by extreme disruption and hardship,” warned Myrna Perez of the Brennan Center for Justice.

While the COVID-19 risk will prompt more voters to cast ballots by mail, “some communities — more typically communities of color — rely on polling places,” she said.

PM Mottley rolls out ‘This is Who We Are’