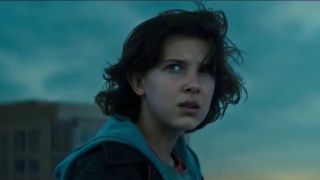 How ‘Godzilla: King of the Monsters’ carries a powerful message about the environment 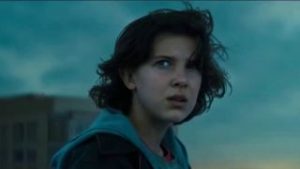 Ever since it destroyed Tokyo for the first time in 1954, Gojira — better known on these shores by its Americanized name, Godzilla — has been synonymous with mass destruction. But social commentary is also an indelible part of the giant lizard’s DNA.

The character was born less than a decade after American-made nuclear bombs devastated the Japanese cities of Hiroshima and Nagasaki, and it’s impossible not to see that imagery in the original Godzilla film. Later installments made both in Japan and abroad reflected growing concerns about militarization, technology, and even extraterrestrial life.

“I think that if you make a Godzilla film that doesn’t have some form of message, then it’s not really a Godzilla film,” notes Michael Dougherty, who co-wrote and directed Godzilla: King of the Monsters, the sequel to Gareth Edwards’s 2014 hit. (Watch our video interview from San Diego Comic-Con above.)

And based on the trailer for King of the Monsters that premiered at Comic-Con this past weekend, Dougherty’s movie won’t be shy about making its own message clear. The two-and-a-half-minute clip (watch below) for the movie, due in theaters May 31, 2019 — next year also happens to be the title character’s 65th anniversary — quickly establishes that the Earth is facing an environmental apocalypse of Godzilla-size proportions.

“Our world is changing; the mass extinction we feared has already begun … and we are the cause,” intones Dr. Emma Russell (played by Vera Farmiga), a paleobiologist who is prepared to take drastic measures to combat the looming threat. Those drastic measures involve locating the Titans — mythic creatures with names like Mothra and Rodan that hold the key to the planet’s survival. “They are the only guarantee that life will carry on,” Russell remarks, conveniently leaving out the fact that these monsters’ squabbles will also cause no small amount of destruction.

“She’s really concerned about the impact humans are having on the environment,” Farmiga confirms to Yahoo Entertainment. And she passes those concerns along to her daughter, Madison, played by Millie Bobby Brown. Asked what message she hopes viewers take away from King of the Monsters, the Stranger Things superstar says simply, “Respect your environment like you respect others. Respect it and care for it — that’s important.”

And if you don’t, you’ll have to answer to Godzilla, who does take respecting the Earth seriously. “I like to think he is Mother Nature’s 800-megaton gorilla,” Dougherty says, laughing. Consider that an official tease for Godzilla vs. Kong, coming your way in 2020.

DEET Is the Most Effective Bug Spray. But Is It Safe?