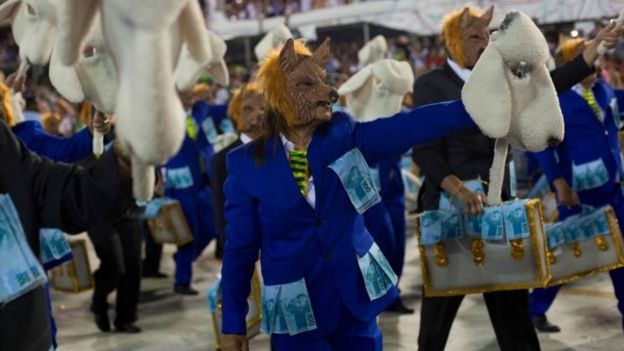 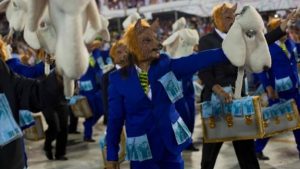 This year’s Rio Carnival has been won with a lurid attack on social ills and corruption in Brazil.

The Beija Flor school showed the country with a huge rat in charge, while politicians were seen holding briefcases lined with gold.

Beija Flor beat 12 other schools to win the top prize at the carnival for a 14th time. Preparations for the parade begin months in advance.

Entrants in the competition often adopt a political theme.

A corruption scandal involving state oil giant Petrobras has led to the arrest of dozens of politicians and executives during years of investigation in Brazil and elsewhere.