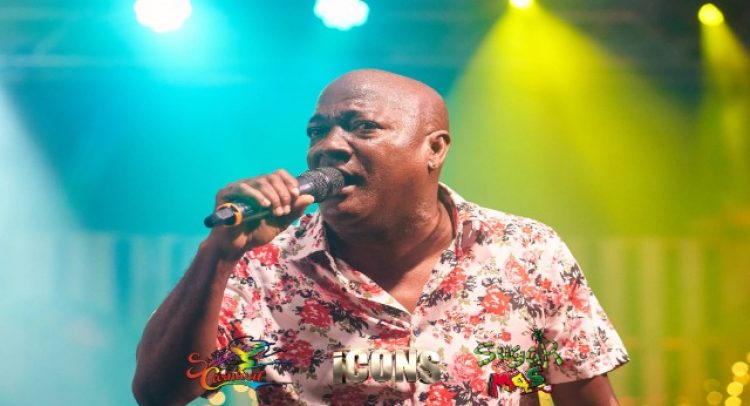 “I will be back” for Soca Monarch Competition 2021

Basseterre, 27th January, 2021 (MyVue News.com)- The lead vocalist of the Small Axe Band, Royston “Mr. World” Wigley, has given notice to his fellow soca artistes in St. Kitts & Nevis, that he will be back later this year for the Soca Monarch Competition.

Speaking on ZIZ Radio with the popular DJ, GCue, on Wednesday morning, (27th January, 2021), Mr. World stated that when the competition is held as part of the 50th Anniversary of carnival in December,fans can expect that, not only will he be there, but that he intends to be the winner.

Wigley, who, along with his band, has won a number of Road March crowns in the past, explained that he felt it was important to return to the competitive soca arena to help lift the standards and to serve as encouragement for the younger artistes.

After over three decades, starting in the 1980s, Mr. World has pleased his audiences with an extensive catalogue of music, best known by its ‘jumpy’ beat and provocative lyrics.

His most recent release was in December, 2020, with a track titled, “Stay Wey You Be”, which touched on the current COVID-19 pandemic and the decision in the first half of last year, to close the borders of St. Kitts & Nevis to commercial passenger traffic. The measure then, was designed to help prevent the importation of the virus.

He is known a s a true veteran and is the longest serving lead vocalist of any band in the history of St. Kitts & Nevis, dating back to 1985.

Mr. World is one of two persons being honored by the St. Kitts & Nevis National Carnival this week, for his contribution to the festival and for his long service to the annual celebrations and music generally.

Cases move to 37 but only 2 active

We have lost a calypso giant