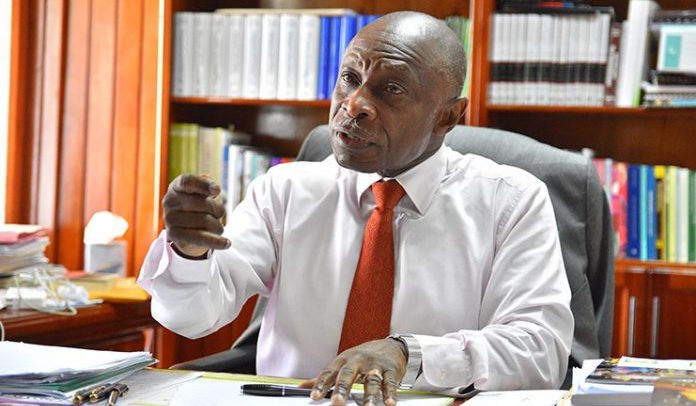 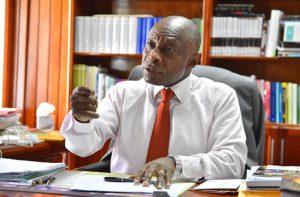 THE decision of the International Court of Justice (ICJ) will put to rest Venezuela’s “baseless contention” that the 1899 Arbitral Award is invalid, Vice-President and Minister of Foreign Affairs Carl Greenidge said on Tuesday.

Guyana has filed an application with the ICJ for settlement of the territorial controversy and is awaiting a response. Since 1962, Venezuela has been contending that the 1899 Arbitral Award, with which it had originally agreed, is null and void in its quest to claim two-thirds of Guyana’s territory.

Last Thursday, the Foreign Affairs Minister filed Guyana’s application with the ICJ, initiating legal proceedings with respect to Venezuela’s claim that the 1899 Arbitral Award is invalid.
“The application therefore asks the court to confirm in a final and binding judgment the full legal validity of the 1899 Arbitral Award that delimited our land boundary with Venezuela. Coming from the principal judicial organ of the UN, such a judgment will once and for all put to rest this baseless contention,” Minister Greenidge explained in a statement on Tuesday.

It was noted that since independence in 1966, Guyana has suffered from Venezuela’s contention of nullity. “This assertion has undermined our ability to develop our sovereign territory and resources, including our natural wealth in the sea. By means of a judgment of the court, our objective is to put this controversy to a definitive end, so Guyana and Venezuela can live together as neighbours without the shadow of this conflict,” the Foreign Affairs Minister stated.

He reminded that Guyana’s move to the ICJ is in keeping with the decision of UN Secretary-General Antonio Guterres to choose the court as the means for resolving the controversy. On January 30, 2018, the UN Secretary-General concluded that the Good Offices Process had failed to produce the desired results, and as such referred the matter to the ICJ for a final and binding decision.

“Now that the application is before the court, the process leading to this final judgment has commenced. This is a great moment for the rule of law worldwide and for the peaceful resolution of conflict in our Caribbean Region. Above all, it is a great moment for the future prosperity and security of Guyana and for the betterment of our neighbourly relations with our Venezuelan brothers and sisters,” Minister Greenidge said.
With the application filed, Guyana now awaits a response from the ICJ. “Venezuela of course has the right to respond and disagree with Guyana’s position on the validity of the 1899 Award. But either way, the process leading to a final judgment has now been set into motion,” he maintains.

According to Minister Greenidge, the judicial process will unfold in several stages and the Government of Guyana will periodically inform the public of its progress. “This is likely to be a lengthy process, but having waited more than 50 years, we are fully committed to seeing it through until the very end. The Government of Guyana looks forward to the continuing support of the Guyanese people as we move forward with this historic process in pursuit of justice,” he said.

Last month, renowned Guyanese diplomat Sir Shridath Ramphal expressed high confidence in the legal team that will represent Guyana at the ICJ. According to him, “Guyana is in good hands.” Government has retained the same team that had successfully represented Guyana in the Suriname border controversy case several years ago.