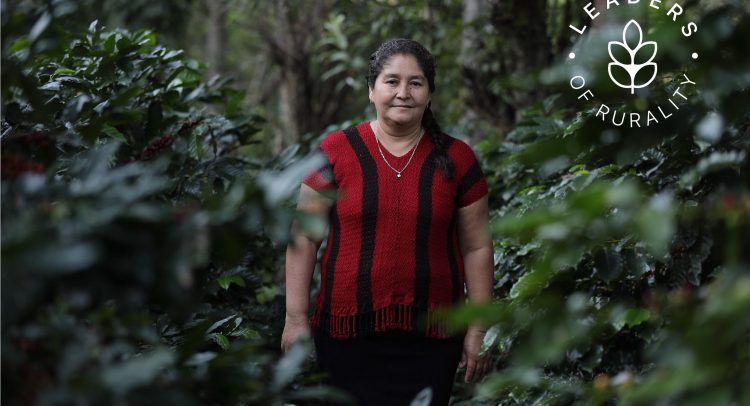 San Jose, 18 May 2021 (IICA). The Inter-American Institute for Cooperation on Agriculture (IICA) will recognize rural leaders in the Americas, under an initiative to pay tribute to men and women who are leaving their mark and making a difference in Latin American and Caribbean rural communities.

This award pays tribute to those who are playing a unique dual role: guaranteeing food and nutritional security, by producing under all circumstances, as well as protecting the biodiversity of the planet. It will also emphasize their capacity to be positive role models in rural areas of the region.

Through the initiative, IICA will publicize stories on the life of agricultural producers and rural inhabitants.

The #LeadersOfRurality will be bestowed with the #SoulOfRurality award and will also be invited to participate in various advisory bodies of the specialist agency in rural and agricultural development.

IICA will also strive to ensure that the recognition will enable the awardees to establish linkages with state, civil society and private sector organizations to gain support for their cases.

In launching the initiative, Manuel Otero, IICA Director General, reflected that, “These are people whose influence can be seen in all the food that we eat—wherever it ends up—and in each plot of agricultural land and in the communities where farmers and their families live. These are people who are leaving their mark and are the soul of rurality, because they produce, plant, harvest, create, innovate and unite”.

“They embody silent leadership, he remarked, “which is something we should highlight and recognize. Above all, they are role models, because they transform, overcome adversity and inspire”.

IICA will work with its 34 Delegations in the Americas to select the first #LeadersOfRurality.

The results of the first phase of the initiative will be presented to the Executive Committee of IICA, one of the Institute’s governing bodies.

Officials from Development Bank of St. Kitts and Nevis are special guests on Working For You on Wednesday, May 12