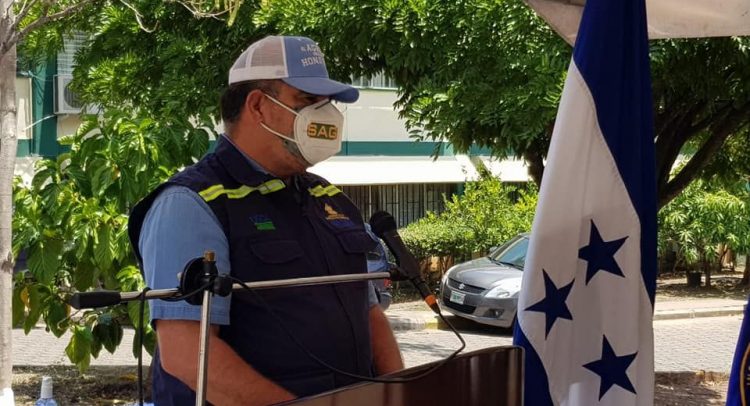 Tegucigalpa, 27 April 2021 (IICA). A new project to be executed by the Honduran Secretariat of Agriculture and Livestock (SAG), through the National Service for Health and Agrifood Safety (SENASA), will foster compliance with national food safety standards and regulations in that country and in Belize, while promoting public health and trade between both countries.

The initiative— “Piloting the Use of Voluntary Third-Party Assurance Programs in Central America (Belize and Honduras)—will receive technical and administrative support from the Inter-American Institute for Cooperation on Agriculture (IICA).

Secretary of Agriculture and Livestock, Mauricio Guevara, remarked that, “We hope that this pilot project in the use of these assurance programs will allow us to better channel official resources to improve public health and enhance trade opportunities between Honduras and Belize”.

The priority value chains that have been identified are farmed shrimp, fruits and vegetables, which implement third party programs, as required in export processes, and that will serve to assess their integration into Honduran regulatory programs.

Guevara went on to mention that, “We hope that small and medium-sized businesses will also be able to implement these schemes, which will give them the opportunity to access new markets and value chains at the national and international level”.

Juan Ramón Velásquez, Director General of SENASA, explained that the project, which is targeting Honduras and Belize, is supported by the Standards and Trade Development Facility (STDF), a division of the World Trade Organization (WTO), which funds the development and execution of innovative and cross-cutting projects that facilitate new types of knowledge creation and capacity development with respect to sanitary and phytosanitary requirements.

The project falls within the framework of a three-year public-private associative model and is funded through a USD 619,916 grant from the STDF and an in-kind contribution of USD 322,696 by Honduras and Belize, for a total sum of USD 942,612.

According to Mirian Bueno, Deputy Director for Food Safety at SENASA, the project mainly focuses on linkages between voluntary third-party programs—in other words, non-governmental reference schemes that verify the application of quality assurance systems in the food industry—and regulatory schemes”.

Although the integration of these third-party programs into regulatory programs is an innovative approach that is widely used in some countries, there is a significant disparity in the extent to which it is applied in developing countries.

Speaking on behalf of María Antonia Rivera, the Minister of Economic Development, Fanny Cárcamo, Chair of the Honduran National Codex Committee, reflected that, “Through this project, Honduras will become one of the first countries in the region to implement this approach and it will serve as the basis for the development of a modern regulatory system”.

The initiative will also benefit regulators and the relevant food safety authorities, such as SENASA, the Agency of Sanitary Regulation (ARSA), the National Quality System, as well as the farmed shrimp industry and small and medium-scale agribusinesses.