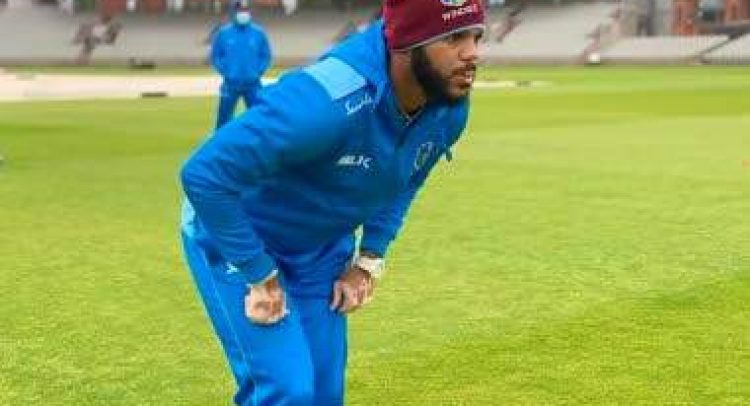 ‘I’m looking forward to it’

WEST INDIES batsman John Campbell says getting acclimatised to English conditions, and not so much runs scored, is at the forefront of his mind entering today’s start of the team’s second warm-up game.

The opener, playing for Kraigg Brathwaite’s XI, made 0 and 49 in last week’s drawn three-day encounter against Jason Holder’s XI at Old Trafford in Manchester.

“Well, for sure I’m looking forward to it,” said Campbell, referring to the four-day practice game at Old Trafford.

“I’m not so worried about the score [I get]. The pitches here are different from back in the Caribbean, so it’s more about spending time at the crease and getting accustomed to the pitches and the seam and swing movement,” the dashing left-handed batsman told the Jamaica Observer.

The 26-year-old Jamaican is a member of the West Indies 15-member squad in England since June 9, preparing for next month’s three-Test series against the hosts.

The main squad is complemented by 11 reserve players, providing sufficient depth for internal preparation contests since traditional practice games against county sides are prohibited on this tour due to concerns about the novel coronavirus, which causes the COVID-19 disease.

Though Campbell laboured for 16 balls in the first innings, his breezy, 59-ball knock was firm indication he has not lost confidence and is in good knick despite the virus-forced break from cricket since mid-March.

“[I] finally got the chance to play a game after a few months [of inactivity]. Thankfully, we got three good days for cricket.

“I didn’t score any run in the first innings, but I know that I’ve been batting pretty decent because in the net sessions I’ve been timing the balls pretty decent. So [in the] second innings I just came out with a free mind and that helped,” he explained.

The West Indies tour to England was originally set to run from May to June but was postponed due to the global spread of COVID-19.

The three Test matches are to be played behind closed doors in biosecure facilities, to reduce the risk of transmission of the virus which has taken approximately 43,000 lives in the United Kingdom and almost half a million globally.

The first Test at The Ageas Bowl in Southampton is set to begin July 8. The teams are to contest the second and third matches at Old Trafford, starting July 16 and 24, respectively. Both venues have hotels on site.

Players from both teams are required to avoid members of the public and to follow physical distancing guidelines while on tour.

West Indies, captained by Holder, are defending the Wisden Trophy after shocking the Englishmen 2-1 in the Caribbean last year.

But England, the world number four rated Test side and perennially strong on home soil, enter the series as favourites against eighth-ranked West Indies.