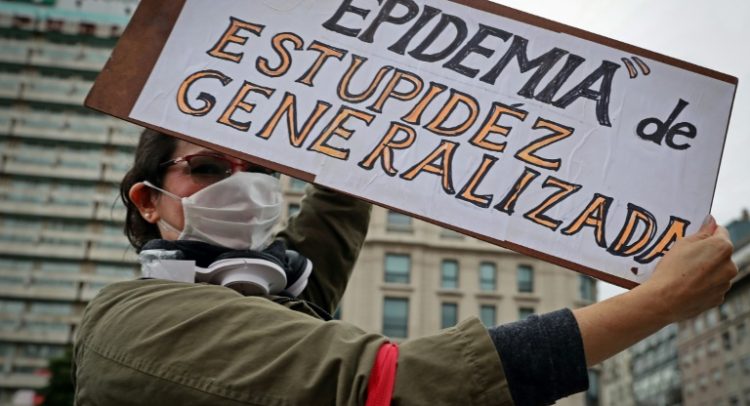 A revised Argentine proposal to international creditors on restructuring $66 billion in debt won backing Monday from the IMF, which warned the government had limited scope for a better offer.

The government has set a Tuesday deadline to bring home a restructuring deal on the debt after months of tough negotiations with creditors led by Economy Minister Martin Guzman.

Talks were extended for a second time last Thursday to provide what Guzman said was “more flexibility” to ensure a sustainable agreement.

The IMF said in a statement that the revised offer presented to creditors last week “would be consistent with restoring debt sustainability with high probability”.

However, it said that “analysis suggests that there is only limited scope to increase payments to private creditors while still meeting the debt and debt service targets.”

Argentina had yet to formally present a modified offer Monday while negotiations continued ahead of the Tuesday deadline, as it awaited the IMF assessment.

In April, Argentina asked bondholders for a three-year grace period on debt repayment, a 62 percent reduction on interest amounting to $37.9 billion, and 5.4 percent on capital — or $3.6 billion.

That was rejected by most creditors, but the revised proposal implied slightly more favorable terms, offering creditors in the region of 45 cents on the dollar.

“I think there is still some way to go, that the negotiation is not closed with this proposal,” said Matias Rajnerman, chief economist of Buenos Aires consultancy Ecolatina, told AFP.

He said creditors were likely to accept a deal in the region of 50 cents on the dollar.

“It seems to me that this is not the final proposal, that the negotiations can still be extended for a couple of weeks,” he added.

The crisis-wracked South American country, which has been in recession for two years, currently owes $324 billion, amounting to around 90 percent of its GDP.

Photo: A woman holds a sign reading “Epidemic of widespread stupidity” during a protest by small business owners affected by the mandatory quarantine imposed by the Argentine government (AFP / ALEJANDRO PAGNI)