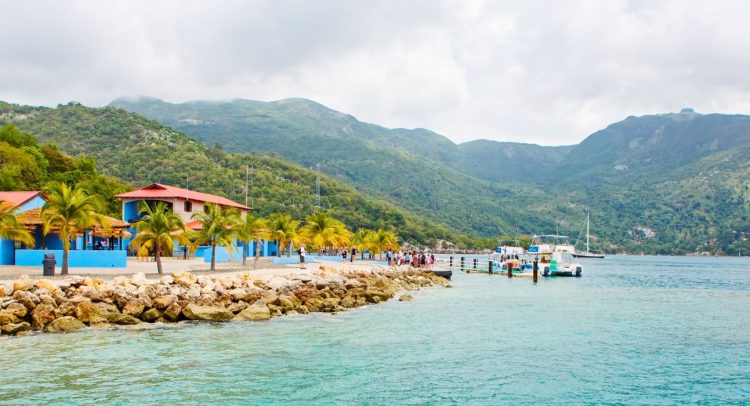 In a statement following a visit to Haiti’s northern region and the capital Port-au-Prince , the IMF mission, led by Chris Walker, said the country’s annual average inflation remains below 15 per cent.

“Based on preliminary results, Haiti’s growth outlook remains positive: GDP growth has accelerated slightly, buoyed by public investment, to reach about two per cent for the current fiscal year ending in September.”

This is linked to Haiti’s potential for more rapid growth following the envisaged implementation of structural reforms.

The lending agency also said economic activity is expected to accelerate in 2019 on the back of both public and private investment.

“A reduction of the public-sector deficit should allow the private-sector to benefit from new financing opportunities. The reduction of the fiscal deficit should also limit monetary financing, which in turn should reduce inflationary pressures. However, the country’s economy is subject to significant risks, including externally in the form of climate risks and those related to changes in global oil prices,” the team said.

“The performance of the authorities’ programme was satisfactory in the first quarter of 2018. The budget deficit was below 2.2 per cent of GDP for the fiscal year to date, after adjusting for expenditures on recovery from Hurricane Matthew.”

The team said it has reached an agreement with the Haitian authorities on fiscal policy measures for fiscal year 2018 to achieve the programme’s objectives.

“These measures should enable the State to create the fiscal space needed to improve social programmes and increase public investment, particularly in health, education, and social services.”

“We also agreed with the authorities specifically on the need to improve domestic resource mobilisation in order to create fiscal space for priority expenditures.”

The mission added that it also welcomes the Government’s intention to eliminate fuel price subsidies.

The team went on to commend the authorities’ progress towards greater transparency of the financial and public accounts sectors.

“Together with the authorities, we agreed on the need to accelerate the pace of structural reforms that are essential for sustaining private sector-led growth, thereby boosting economic growth and reducing poverty more broadly. The mission encouraged the authorities to move forward with reforms aimed at streamlining taxation and strengthening tax administration.”

In addition, the mission and the authorities agreed that higher levels of both public and foreign direct investment would help Haiti to achieve higher growth over the long term.

Sri Lanka closing in on victory over Windies