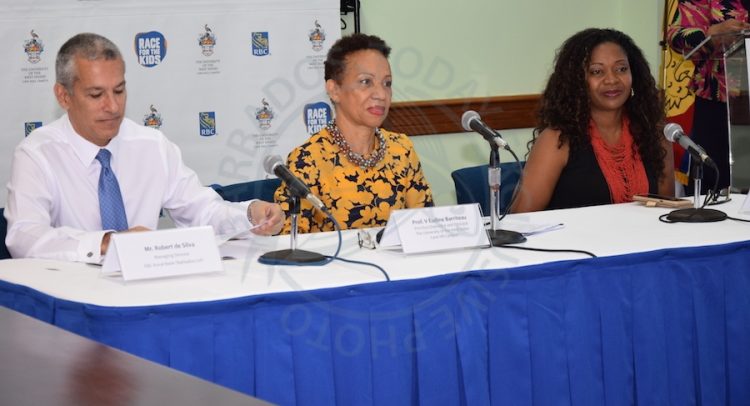 IMF warns economy is slowing down 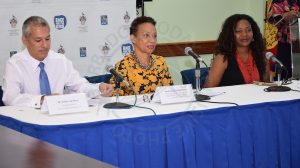 The performance of the Barbados economy is predicted to worsen this year, dealing a staggering blow to Government’s efforts to generate confidence in the electorate.

The International Monetary Fund (IMF) is forecasting jaundiced 0.5 per cent growth this year, on the heels of a less-than-impressive 0.9 per cent last year.

In a statement released today just as Central Bank Governor Cleviston Haynes was reporting on the economy, the IMF said “growth is slowing reflecting increased pace of fiscal consolidation”.

It said the flagging economy was in need of a stronger macroeconomic framework and bolder structural reforms in order to achieve fiscal and debt sustainability, address the large financing needs, build adequate international reserves, and boost growth.

The Washington based lending agency added that the low growth was as a result of ongoing fiscal adjustment and “policy uncertainty related to the forthcoming elections”.

“Large fiscal deficits, high debt, and low reserves are posing challenges,” it said in the statement that followed the conclusion at the end of last week of its Article IV Consultation with Barbados.

Haynes announced today that the fiscal deficit had been reduced to 3.7 per cent of gross domestic product (GDP) or $399.5 million between April and December last year, 33 per cent lower than the $596.1 million for the same period the previous financial year.

However, the IMF suggested that the deficit had not fallen nearly as much as it would have liked, stating that “the larger than expected fiscal deficit is increasing funding challenges”, while it called for “sustained action to bolster reserves”, which slumped to $410 million, or 6.6 weeks of import cover at the end of December.

It also made mention of the slashing by the Central Bank of its financing of Government to a mere $96.8 million between April and December, compared to $714.5 million for the corresponding period for fiscal year 2016/2017.

But the lending agency expressed concern about the increased reserve requirements by commercial banks for holding Government securities, stating that the added requirements had increased the banks’ exposure to sovereign risk.

At the same time the IMF called on Government to enhance regulatory and supervisory frameworks, especially for non‑bank financial institutions, “to strengthen the anti money laundering/combating financing of terrorism regime, and to proceed with legislative amendments to increase Central Bank independence”.

“Directors encouraged the authorities to continue efforts to phase out direct financing of the Government by the Central Bank and to reorient monetary policy towards supporting the fixed exchange rate regime,” the statement said.

The international lending institution report also emphasized the need for a comprehensive restructuring of state owned enterprises, saying this was critical in order to address structural imbalance in the public sector, “in particular by reducing Government transfers”.

“Priority should be given to defining clear objectives for state owned enterprises reform and implementing the Public Financial Management and Audit Act, as well as other measures,” said the IMF directors, who also insisted that changes be made to the size and delivery of social programmes in an effort to “contain their cost and ensure their long‑term viability”.

“Directors emphasized that stronger and deeper structural reforms are critical to unlock the economy’s growth potential and maintain macroeconomic stability. They underscored that reforms should focus on strengthening the business environment, facilitating economic diversification, and improving the efficiency and effectiveness of public service delivery. Directors supported the authorities’ efforts in improving the timeliness and quality of economic data,” the statement added.