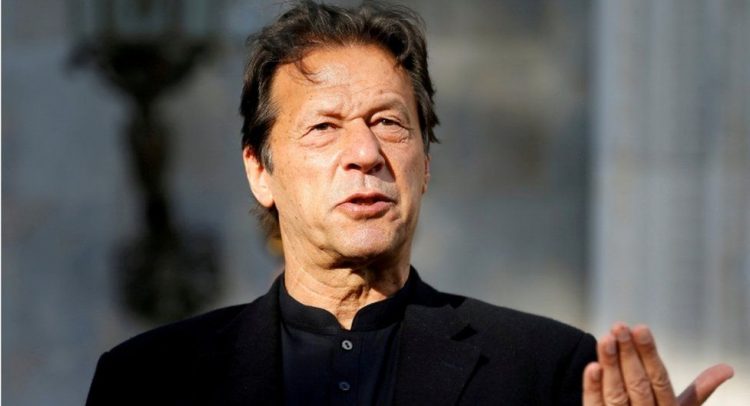 Human rights groups in Pakistan have accused Prime Minister Imran Khan of being a “rape apologist” after he blamed a rise in sexual assault cases on how women dress.

During a live television interview, he advised women to cover up to prevent temptation.

Mr Khan added “in any society where vulgarity is prevalent, there are consequences.”

Hundreds of people have signed a statement demanding an apology.

Pakistan is ranked as one of the most dangerous countries in the world for women in terms of safety and equality.

What did Imran Khan say?

In a two-hour-long, question-and-answer interview with the public on live television, Imran Khan was asked what steps his government had taken to prevent sexual abuse.

After denouncing crimes against women and children, he said that sexual violence was a result of “increasing obscenity”, adding it was a product of India, the West and Hollywood movies.

The prime minister said women in Pakistan should remove “temptation” because “not everyone has willpower”. He said women should observe purdah – a term referring to women wearing modest clothes around men or segregation between sexes.

Last year Imran Khan was criticised following a similar national television interview, where he failed to challenge a Muslim cleric’s opinion that women were to blame for the coronavirus pandemic.

What was the reaction?

A statement condemning the prime minister’s comments and demanding an apology has been co-signed by multiple human rights organisations and hundreds of individuals.

It said his words were “factually incorrect, insensitive and dangerous” and “actively fostered and promoted rape culture”.

“Such statements have the effect of further traumatizing and silencing survivors of sexual violence by placing the blame on them, instead of on those who carry out the crime and the system that enables rapists,” it reads.

Soon after his comments, there was widespread outrage on social media.

The Motorway gang rape, which sent shockwaves throughout Pakistan, has become a key example of the violence perpetrated against women, and the attitudes towards it by some senior officials.

In September 2020, a Pakistani-French mother and her two children were parked on the side of a highway near Lahore, waiting for help after running out of fuel.

Two men broke into the car, robbed them and raped the woman in front of her children.

In several TV interviews, Lahore’s most senior police officer, Umer Sheikh, questioned why the victim had not taken a busier road or checked her fuel before departing, implying the woman was to blame.

The case sparked massive protests, as women took to the streets to voice their anger and demand change.

The outcry led to new anti-rape measures, including the creation of a national sex offenders register, the protection of victims’ identities, and allowing chemical castration of some offenders.

There are at least 11 rape cases reported in Pakistan every day, according to official statistics. Over 22,000 rape cases were reported to police across the country in the past six years, however, only 77 accused have been convicted , which is 0.3% of the total figure.