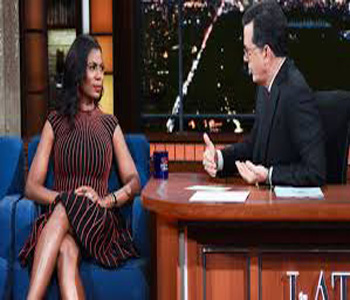 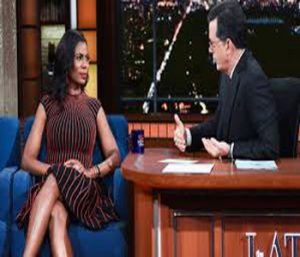 *Omarosa Manigualt-Newman stopped by “The Late Show with Stephen Colbert” and ended up getting grilled by the host about her comments regarding Trump and her time in the White House when she appeared on “Celebrity Big Brother.”

As we reported at the time, while describing the hot mess that is the White House and Trump’s administration, Omarosa was asked if things were going to be okay, to which she responded, “It’s not going to be okay. It’s not.”

Colbert doggedly asked her three times what she meant by that statement. After dodging the first two times, Manigault-Newman did what she does best and gave a non-answer: “We’ll have to wait and see.”

On the other hand, she did explain why she had said Trump’s tweets haunted her during her time at the White House.

“For someone who is in communications, like Hope [Hicks] and myself, you know, that’s not a place you want to find out at 5:00 in the morning about something that would impact so many people’s lives,” she said.

Manigault finally realized that Colbert had a lot of Trump topics to cover so she said: “Keep reading the whole list and I’ll give you the assessment.”

Colbert then read a bunch of Trump’s questionable statements and actions:

“Defend Roy Moore. Mexicans as rapists. Fighting with a Gold Star family. Attacking John McCain for being a POW. Picking a fight with John Lewis. Throwing paper towels at the hurricane victims of Puerto Rico. The Muslim ban. And attacking Judge Curiel for being Mexican.”

Good one, Omarosa. Good one.

The Late Show With Stephen Colbert airs weeknights at 11:35pm E/P on CBS.