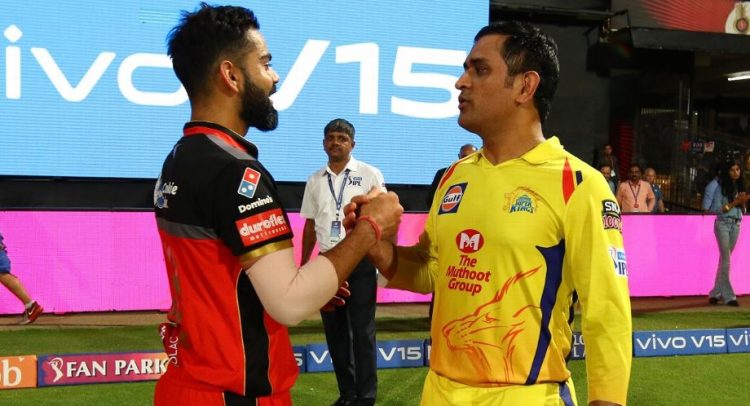 On Sunday, the Indian government relaxed restrictions on sporting events, allowing them to resume behind closed doors in the country, and as far as cricket is concerned, it means the IPL could take place in 2020.

The BCCI welcomed the government’s decision, but said it was premature to think about the IPL at this point. The IPL, though, can take place subject to travel restrictions being eased and a window being found for the tournament, which the BCCI postponed indefinitely in April due to the Covid-19 pandemic.

While extending the countrywide lockdown by a further two weeks until May 31, in a directive listing activities that would continue to be prohibited or allowed, the Indian government said: “Sports complexes and stadia will be permitted to open; however, spectators will not be allowed.”

To further emphasise the point that gatherings of all kind would not be allowed, the Ministry of Home Affairs (MHA) said: “All social/political/sports/entertainment/academic/culturual/religious functions/other gatherings and large congreagtions” will continue to remain prohibited.

All domestic and international air travel – “except for domestic medical services, domestic air ambulance and for security purposes or purposes as permitted by MHA” – also remains prohibited.

Arun Dhumal, the BCCI treasurer, said that for cricket activities to resume, travel restrictions within the country would need to be eased. “Taking into the account the restrictions on air travel and movement of people till May 31, the BCCI will wait further before organising a skill-based training camp for its contracted players,” Dhumal said in a media statement issued by BCCI. “The board reiterates that the safety and well-being of its athletes and support staff is paramount and will not rush into any decision that can hamper or jeopardise India’s efforts in containing the spread of the virus.”

Asked whether the BCCI would now start thinking about conducting the IPL later this year, Dhumal told ESPNcricinfo that it was too early to think about the tournament. He said a window would first need to open up in the cricket calendar in addition to governments worldwide allowing international travel so that overseas players’ participation could be guaranteed.

The IPL franchises concur with the BCCI’s cautious optimism. One franchise chief executive said the government’s decision today would “have an impact” on the BCCI, which can now, he said, “present a case to have the IPL.”

Overall, cricket will take a while to resume locally with various prominent states, including Maharashtra and Karnataka, still under complete lockdown. Although the BCCI has discussed conducting individual training programmes wherever possible once travel restrictions are loosened, some of the stadiums have been handed to local governments to be utilised as quarantine centres for those infected by the coronavirus.

“The BCCI will study guidelines at the state level and will work in sync with state cricket associations to chalk out a programme for skill-based training at a local level,” Dhumal said.

The India men’s side’s next scheduled assignment is a tour of Sri Lanka in July, which includes three ODIs and as many T20Is. Dhumal confirmed that Sri Lanka Cricket (SLC) had written to the BCCI expressing its keenness to host that series, but without permission from the Indian government to travel, it is far too early to predict whether that series will go ahead or not.

Photo: Virat Kohli and MS Dhoni greet each other (BCCI)