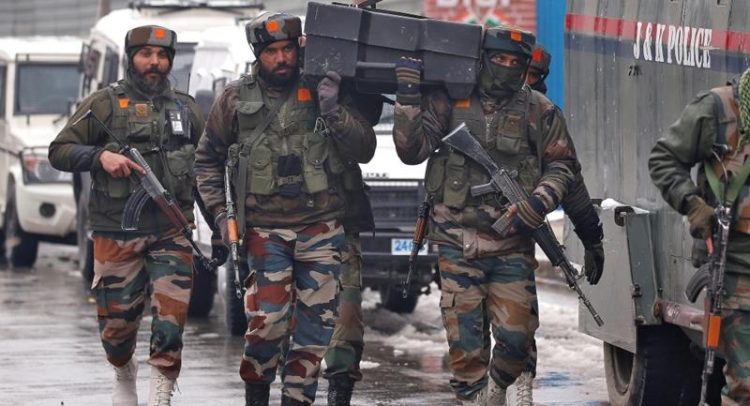 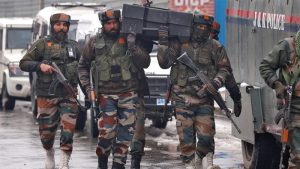 New Delhi, India – India has warned Pakistan that it “will pay” for its “misadventure” in Indian-administered Kashmir in the wake of a deadly attack on an army camp in Jammu city.

At least six Indian soldiers were killed after fighters stormed the Sunjuwan army camp on Saturday. The three attackers were killed in the ensuing gun battle that continued for more than two days.

“Pakistan is expanding the arc of terror… We will be providing evidence to prove that the handlers are back in Pakistan and they are the mastermind, influencing all this … Pakistan will pay for this misadventure,” Nirmala Sitharaman, India’s defence minister, said on Monday.

Indian officials blamed Jaish-e-Muhammad (JeM), a Pakistan-based armed group, for the Jammu attack, but Pakistan’s foreign ministry said in a statement the “Indian allegations are premature and inopportune”.

Mohammed Faisal, Foreign Office spokesperson, on Tuesday said India’s “tendency of apportioning blame to Pakistan, without a shred of evidence, is regrettable” and carries “no credibility”.

Separately, Khurram Dastgir, Pakistan’s defence minister, said: “Any Indian aggression, strategic miscalculation, or misadventure … shall be met with an equal and proportionate response.”

On Tuesday, a Central Reserve Police Force (CRPF) official said a paramilitary soldier and two fighters were killed in another attack in Srinagar, the main city of Indian-administered Kashmir.

Rajesh Yadav, the CRPF spokesperson, told Al Jazeera that a search operation in the area had triggered a gun battle with the attackers.

“The encounter continued for around 20 hours, in which we lost one paramilitary personnel. The two terrorists were also killed who were hiding in a huge building. The operation is over,” the official said.

“Initial inputs suggest both of them belonged to Lashkar-e-Taiba group although we are yet to confirm their identity,” Yadav said.

Saturday’s assault on the army base was the biggest since September 2016 when separatist fighters stormed an army base in Kashmir’s border town of Uri, killing 18 Indian soldiers.

According to the Jammu & Kashmir government, at least 56 Indian security forces have been killed in the last three years in cross-border exchanges, ending a largely successful ceasefire agreement signed in 2003.

The government blames Pakistani soldiers for the deaths of as many as 97 people, including 41 civilians, and injuries to 383 others in 834 ceasefire violations in the last three years.

The ongoing low-intensity conflict in Kashmir has raised questions about the efficacy of Narendra Modi’s hard-line approach.

Mehbooba Mufti, who governs Jammu & Kashmir as the chief minister of a coalition that includes Modi’s BJP, on Monday urged India and Pakistan to hold talks.

“Our basic problem has not been resolved. There is no solution without dialogue,” she said.

Experts say the violence could escalate in the days ahead unless the governments of India and Pakistan take “urgent measures”.

“The increasing violence on the border and terror attacks in the state signifies the inability of the Indian and Pakistani governments to arrive at a modus vivendi for conflict de-escalation,” Happymon Jacob, professor at the School of International Studies at New Delhi’s Jawaharlal Nehru University, told Al Jazeera.

But with national elections coming up in 2019, the political leadership in both countries are seen as having few incentives to make peace overtures or come up with diplomatic proposals.

“Broadly speaking, Pakistan should rein in the anti-India terror groups, and New Delhi should be willing to discuss outstanding issues with Pakistan including that of Kashmir. Unless there is political will on both sides, none of this can be achieved,” Jacob said.

SportsMax Partners With Digicel To Cover The Winter Olympics