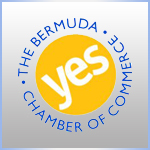 Initial Views On Budget Are Positive

The Chamber’s initial views on the 2018/2019 Budget are positive,” President of the Chamber of Commerce John Wight said following this morning’s [Feb 16] budget, adding they “felt that it was thoughtfully prepared and well balanced, focusing on job growth and diversifying the economy while at the same time being mindful of the high debt and the financial constraints that goes with that.”

Mr Wight said, “The Budget has some bold new initiatives such as revisions to the 60/40 ownership rules in Bermuda which should improve access to capital for Bermuda’s entrepreneurs to support the growth of small and medium sized businesses which in most economies drives the most job growth. Reference to scrapping outdated policies we found very encouraging as some of what worked for Bermuda in the past will not work effectively in our modern world.

“Credit needs to be given to the Premier for the transparency and collaboration of the process, which started with a Pre-Budget Report prepared to enable Bermudians and businesses to review and offer feedback on.

“It was apparent in the budget that the Premier listened to stakeholders as areas such as the adoption of taxing commercial rents and a new Professional Services tax, discussed in the Pre-Budget report, did not materialize in the budget. In addition, not following through on phase 2 of certain payroll tax increases will also be favourably received by many in the community.

“We were pleased to see increased funding to areas such as education, seniors, and healthcare. And additional funding to workforce development is the right move to ensure that the Bermuda workforce has the tools to compete effectively in today’s world. However increased funding must go hand in hand with improved oversight into the effectiveness of the funds.

“Are there risks and uncertainties in the budget –certainly there are. Bermuda benefitted greatly in 2017 from the stimulus to the economy provided by the America’s Cup. Revenues in the coming year are forecasted to increase. Is that reasonable? On the expenditure side, interest on debt is forecasted to be $124 million. In an increasing interest rate environment, is this a realistic figure?

“Overall, with the financial constraints that the Premier had to work with to keep the debt ceiling level from increasing beyond $2.5 billion, the Chamber’s opinion is that the Premier’s first budget since the PLP’s victory in July 2017 was a fair and sensible one. The Chamber looks forward to continued collaboration with the Government in the weeks and months ahead.”