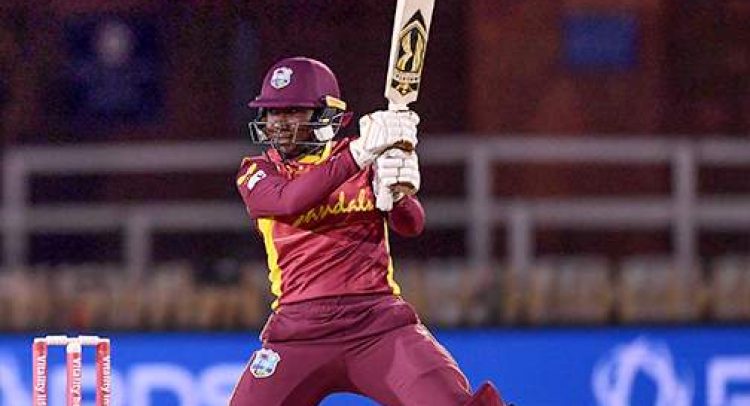 SYDNEY, Australia (CMC) — A tidy innings from West Indies Women’s Captain Stafanie Taylor failed to inspire her side and fellow Windies all-rounder Hayley Matthews was a non-starter in the latest round of matches in the Women’s Big Bash League yesterday.

Taylor made 33 from 29 balls, but the Adelaide Strikers’ hopes were all but dashed, when they lost a crucial contest against the Sydney Thunder by five wickets in a nail-biting finish, when the final weekend of the preliminary competition got going with teams scrambling for a place in the semi-finals.

Matthews watched from the sidelines, as the bottom-placed Hobart Hurricanes give an improved batting performance, but it was still not enough, and the Perth Scorchers beat them by 10 wickets.

At Drummoyne Oval, Strikers entered the match sitting in sixth in the standings, but they needed a win against the Thunder to keep their semi-final hopes alive, before facing the Scorchers in their final match today at North Sydney Oval.

Outside of Taylor, who struggled with a leg injury during her innings, and Katie Mack, whose 58 from 52 balls including five fours and one six was the top score, the rest of the Strikers batting failed to fire, and they were restricted to 133 for six from their allocation of 20 overs, after they were put into bat.

Taylor did not take the field with the Strikers, but her side gave a spirited performance before the Thunder crossed the finish line with two balls remaining in the match.

Taylor and Mack formed the strongest partnership of the innings and carried the total past 100 slowly, after the Strikers stumbled to 38 for two in the eighth over.

During her innings, Taylor struggled to complete a run and called for medical treatment. After being cleared, she and Mack continued merrily before a mix-up between resulted in her being run out in the 17th over.

No other Strikers batsman reached 20 and pacer Sammy-Jo Johnson was the pick of the Scorchers bowlers with three for 25 from her allotted four overs.

Strikers failed to make an early breakthrough and the Thudner reached 44 without loss after the Power Play.

Once Australia Women’s pacer Sarah Coyte bowled England Women’s international Tammi Beaumont and Darcie Brown had Johnson superbly caught by Madeline Penna off the last ball of the 10th over, there was a bit of uncertainty in the Thunder batting.

Amanda-Jade Wellington, the pick of the Strikers bowlers with three for 33 from her four overs, had Rachel Trenaman caught at mid-on for 38 in the 13th over and England Women’s international Heather Knight, the Thunder leading run scorer this season, caught in the deep for nine.

Thunder still needed 31 from the final 30 balls of the match and their captain Rachael Haynes, the Australia Women’s international, stepped up with 30 from 23 balls to keep her side ahead of the scoring curve.

Haynes was stumped off Wellington with eight needed from seven balls, but Phoebe Litchfield got them over the finish line.

At North Sydney Oval, New Zealand batsman Sophie Devine earned the Player-of-the-Match award with eight fours and five sixes in an unbeaten 87 from 53 balls in her first match back from injury.

Australia Women’s international Beth Mooney supported with 48 from 36 balls that included five fours and the Trans-Tasman opening pair led the Scorchers to a commanding victory over the Hurricanes, easily chasing down 135 for victory.

Matthews was probably relieved to have been spared the punishment with Devine and Mooney sharing 140 — unbroken — to carry the Scorchers to their sixth win and third in the standings, virtually assuring them of a place in the semi-finals.

Hurricanes, sent into bat, stumbled to 27 for two inside the Power Play, but they recovered to post a respectable 134 for six from their allocation of 20 overs.

Australia Women’s international Nicola Carey led the way with 36 and Emma Thompson added 33 not out, but no other Hurricanes batsman reached 20.

The Hurricanes will take on the Thunder at Drummoyne Oval on Sunday in their final match.

New Trump rule may require some African tourists to pay up to $15,000 in bonds