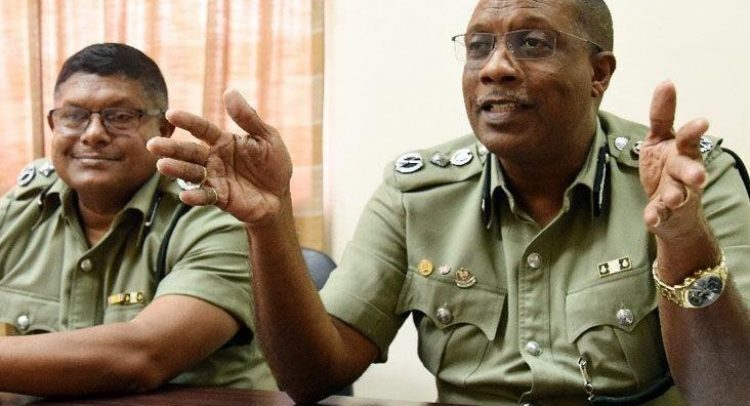 Inmates, prison officers to get vaccinated

Plans are underway to vaccinate some 3,800 prison inmates housed by the Trinidad and Tobago Prison Service, both on remand and those serving sentences, as well as all prison officers as just 481 officers have already been inoculated against Covid-19.

So said Shamsudeen Mohhamed, who was today confirmed in the rank Deputy Commissioner of Prisons (DCP) during a brief ceremony at the Ministry of National Security Headquarters, Temple Court, Abercromby Street, Port of Spain.

Mohammed, who has 39 years of service, was previously acting in the position.

He noted while there are 71 prison officers currently infected with the virus, only seven inmates are Covid-19 positive.

“Be that as it may, we have very good procedures in place so when an inmate comes in he or she is quarantined for 21 days. Before it was 14 but due to the spike we increased it to 21,” Mohammed said.

He said that if Covid was detected in an inmate he or she is immediately isolated and tested. He added that they had their own medical facility but they would also rely on the various health centres and the Arima Hospital for extra support if needed.

He said that vaccination of inmates would be voluntary, adding that like the rest of society inmates have their personal fears about the vaccine as both conventional and social media are accessed by inmates.

Hinds, who had addressed the gathering, said that from his standpoint as many people as possible needed to be vaccinated.

He explained that Prime Minister Dr Keith Rowley had already signalled to the population that Trinidad and Tobago’s closed borders will be opened as soon as a large swath of the population have been vaccinated, and this will mean that those without protection would be at the mercy of a virus that can kill up to 10 per cent of those who contract it.