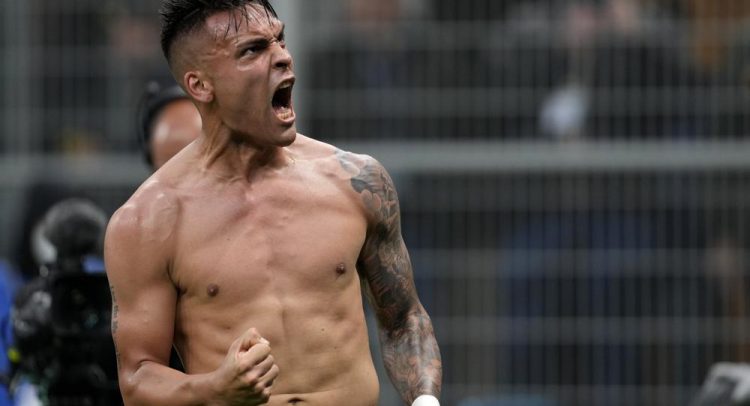 MILAN (AP) — For Inter Milan, Wednesday’s Italian Cup final could be the first of two trophies.

Inter plays Juventus at the Stadio Olimpico in Rome and then has two league matches in Serie A, where it is locked in an intriguing title fight with city rival AC Milan.

Defending champion Inter is two points behind Milan, which also has the better head-to-head record in the league — the first tiebreaker in Serie A.

The mood was buoyant in the Nerazzurri camp when they beat Milan 3-0 last month to reach the Italian Cup final. Inter was still behind in the league but had a game in hand and for months had been pointing to its postponed match at Bologna as a chance to gain ground in the title race.

The nerves have set in since then and that could be clearly seen in the first 25 minutes of Inter’s match against Empoli, where even coach Simone Inzaghi said his players were feeling the pressure as they conceded two goals before recovering to win 4-2.

With that in mind, Inter CEO Giuseppe Marotta wants the team to put title thoughts to the back of their minds and focus on Wednesday’s final.

“It’s normal that they’re also thinking of the title. This week we’re playing for two important goals that represent above all a season dedicated to sacrifice by the whole club,” he said. “We want to pick up something but it’s also important to know that Wednesday we can achieve our first goal, so we’re concentrated on that.

“From Thursday on, we’ll see what we can do. Zero distractions. It’s great to have this kind of pressure for those who do sport, to have two important aims simultaneously.”

For Juventus, the Italian Cup final is arguably even more important. Massimiliano Allegri returned to the club last year after a season of disappointment under Andrea Pirlo that saw its run of nine straight league titles ended by Inter — although it did win the Italian Cup.

But Juventus again looks set to finish fourth in Serie A — and with a point tally lower than last season — while it was again knocked out of the Champions League in the round of 16. The team also lost to Inter in the Italian Super Cup.

Juventus will be able to take heart from its positive record in the Italian Cup. The Bianconeri have won the trophy a record 20 times, including five of the past seven.

Both teams will be looking to their star forwards.

Inter’s Lautaro Martínez went through somewhat of a drought at the start of 2022 but has now scored 11 goals in his last 11 matches to take his tally to 23 for the season — a new personal record for the Argentina international.

Martínez’s international teammate — and potentially also at club level next season — will drive Juve’s attack. Paulo Dybala had an impressive performance at Genoa on Friday and scored the goal that seemingly had his team on the way to victory before two late goals consigned Juventus to a 2-1 loss.

Dybala seems certain to leave Juventus at the end of the season after seven years at the club, with Inter the likely destination.

Photo: Inter Milan’s Lautaro Martinez celebrates after scoring his second goal against Empoli during the Serie A soccer match between Inter Milan and Empoli at the San Siro Stadium, in Milan, Italy, on Friday, May 6, 2022. (AP Photo/Antonio Calanni)